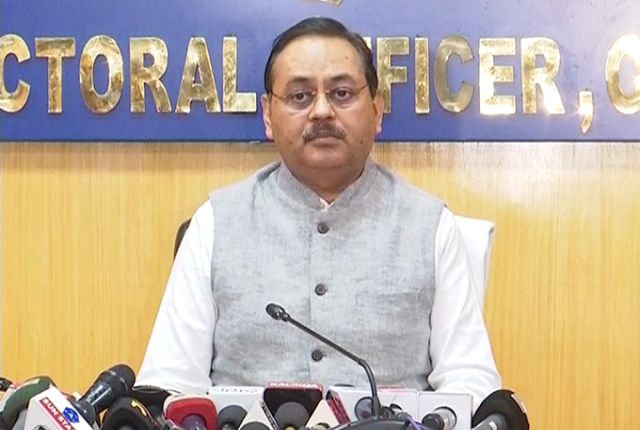 Bhubaneswar: As voting for the Padampur by-poll is underway,  65.28% polling has been recorded till 3pm with around 12,000 voters are still still on queues in 89 polling booths.

Informing this, Chief Electoral Officer (CEO) S K Lohani said, “The by-election to Padampur assembly seat is proceeding smoothly and we have not received any complaint regarding law and order issue. We had received complaints of mechanical faults in EVMs in 11 booths and all these voting machines have been replaced.”

Those who remain on booth premises at 4 pm will be given slips. All will be allowed to cast their votes, he added.

Over 2.57 lakh voters, including 12 members of the transgender community, are eligible to exercise their franchise in the by-poll.

At least 1,400 police personnel and nine companies of central paramilitary forces have been deployed for the by-election, the official said.

All the entry and exit points of the constituency were sealed as the assembly segment was earlier considered as a Maoist-infested area, he said.

Webcasting of the polling process is being done in 120 booths; 66 stations remain under CCTV surveillance.

There are 15 model booths and six pink ones, which have women security personnel and polling officials.