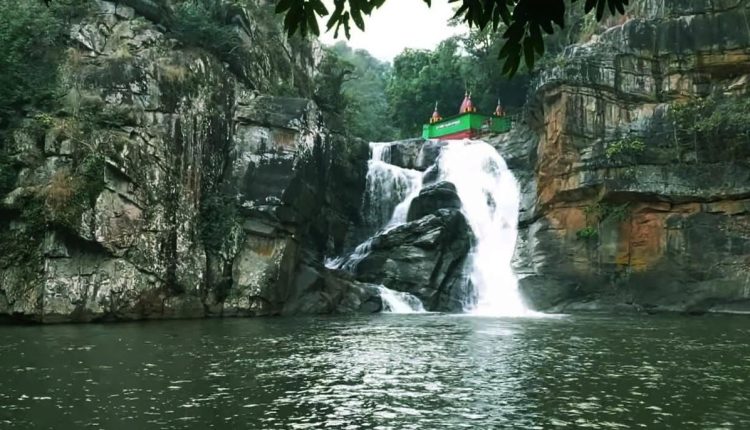 Pack Your Backpack & Plan Trip To Devkund In Mayurbhanj

Devkund is a beautiful religious and tourist place in Mayurbhanj, Odisha. The place is nothing but full of natural sceneries. It is a hilly place having a perennial waterfall that creates a pool of crystal clear water.

A series of waterfalls and Shakti shrines at Debakund is the main importance of the place. The natural stream, dense and thick forest and high mountains attract thousands of visitors to see Devkund Waterfall and also the best tourist place in Odisha.

Devkund Waterfall and Maa Ambika temple has located at the foot of Shimlipal national park and is 58 km from Baripada. They told that the goddess Sati, unable to bear the humiliation of her husband during the sacrifice of the Dakhya Prajapati, immersed herself.

Angered by this, Sadashiva began to dance with Sati’s body. The trio trembled in fear. So the devotee Vishnu cut off the body of Goddess Sati through the Sudarshan Chakra to save Tribhuvan.

It is divided into 52 parts and falls in different parts of India, and the goddess is worshipped in various forms.

Devkund is the 51st seat of the goddess. Five tanks have come out of this place, Which has named the place Peetha Panchasagar. They are – Bhudar Kunda, Taila Kunda, Haridra Kunda, Devi Kunda, Dev Kunda. The newly established seven-headed serpent snake attracts everyone with its sprawling waterfall here.