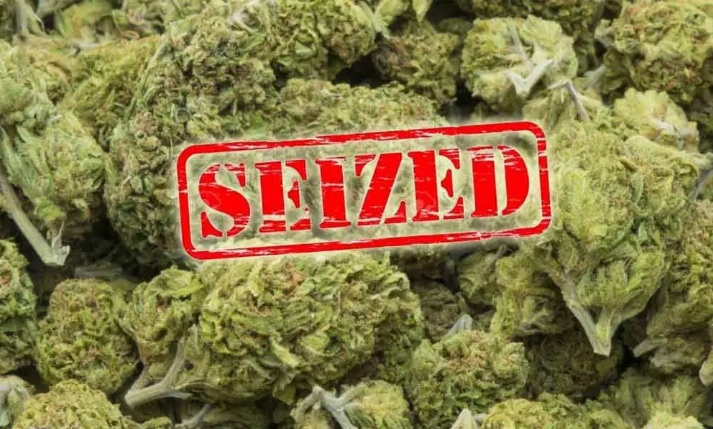 Over Five Quintals Of Ganja Seized On Outskirts Of Bhubaneswar

Bhubaneswar: Police have seized a huge cache of ganja from a truck near Chandaka on the outskirts of state capital, Bhubaneswar.

Acting on a tip-off, the cops conducted a raid near Chandaka while the contraband was being smuggled to Hisar of Haryana from Andhra Pradesh.

During the raid, police seized around 506 kg of ganja from the machine parts laden truck. The estimated value of the seized items is over Rs 50 lakh, police informed.