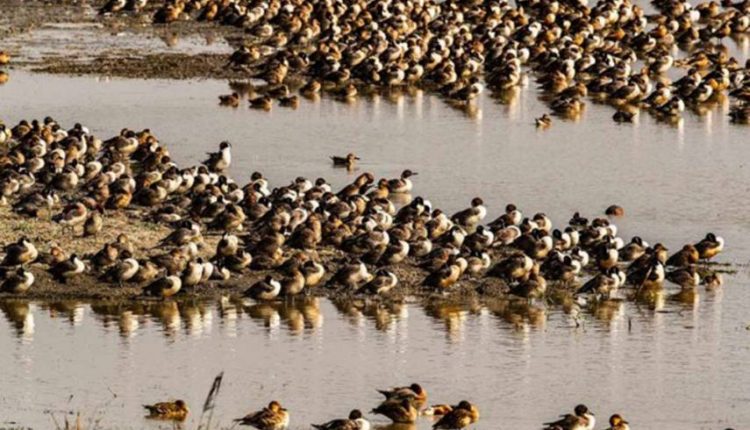 Jaipur: Viral Ranikhet disease has again affected a large scale migratory birds in Rajasthan and over 80 demoiselle cranes have been found dead in Karpada village of the district in the past three days.

Carcasses of the migratory birds, known as Kurjan here, were first spotted by local wildlife activist Bhajan Lal Nain on Saturday, who informed the wildlife department and other wildlife activists, following which the forest department swung into action and sent a team comprising veterinarians to the spot.

Senior veterinarian Sharavan Singh Rathore said around 100 sick birds are being treated and prima facie they are infected with Ranikhet disease.

The viscera samples of some dead birds have been sent to a laboratory in Bhopal and the report is expected in two days.

Ranikhet disease, which is also know as Newcastle disease in the west, is an acute viral disease that affects the respiratory system of avians and is highly fatal.

The veterinarians also began with treatment of sick birds, which were not able to fly and dropped medicines in water points.