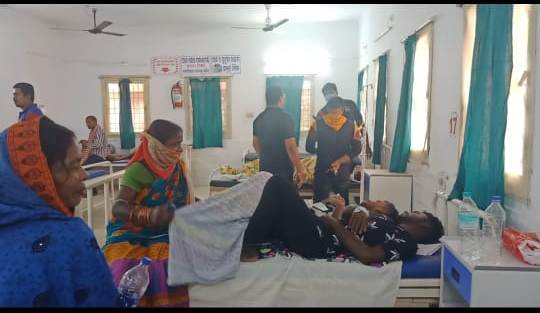 Over 50 taken ill after eating marriage feast in Kendrapada

Kendrapada: Over 50 people belonging to Nimpur village in Kendrapada district were taken ill on Sunday after taking a marriage feast on Saturday evening.

Two persons are serious and have been admitted to SCB Medical College and Hospital in Cuttack for treatment.

Members of a wedding party had gone to the bridge’s house at Keradagada from Nimpur-Matia under Pattamundai block. The marriage was solemnised on Saturday night.

Reports said after taking food at the bride’s home, they felt nausea and started vomiting on Sunday morning. They were immediately shifted to Pattamundai sub-divisional hospital.

Doctors at Pattamundai hospital said the affected persons are suffering from food poisoning.

Joranda Mela to be held without Mahima Sadhus from outside Odisha