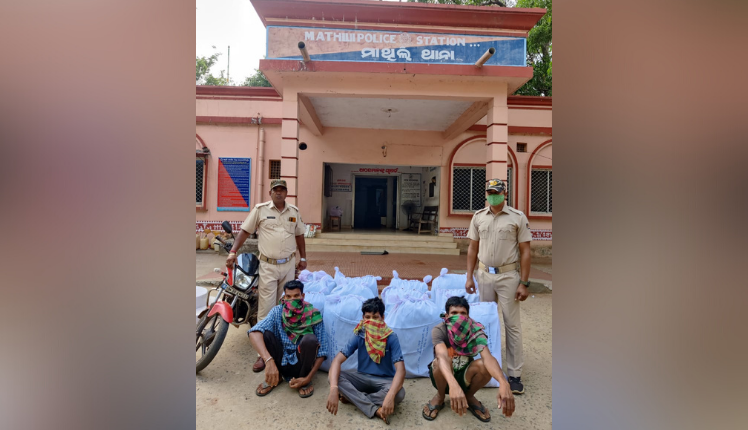 Malkangiri: Odisha police seized over 302 kgs of ganja from Bahadurguda Chhak in Malkangiri district and arrested three smugglers in this connection on Tuesday.

Based on reliable information, Mathili police intercepted a bike and seized 302 kgs and 800 gm of ganja from the spot. The ganja was being smuggled to Chhattisgarh’s Jagadalpur area.

The cops arrested three smugglers, identified as Mukunda Naik, Kamalu Naik and Somanath Khillo from the spot and forwarded them to court.

Police also seized a motorcycle and Rs 720 from their possessions. As many as 12 sacks of Ganja were seized from them and the cops have initiated a further probe into the matter.