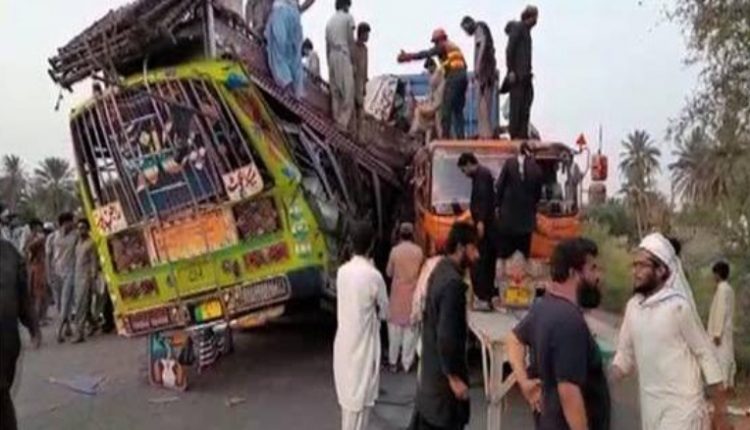 Multan: Over 30 persons were killed while 40 others sustained injuries after a speeding bus carrying mostly labourers rammed into a container truck on a busy highway in central Pakistan on Monday.

According to reports, the bus was on its way to the city of Dera Ghazi Khan in eastern Punjab province when the vehicle rammed into a container truck. Following the mishap, over 30 people were killed.

On being informed, police reached the spot and launched a rescue operation.

While the exact cause of the accident is still under investigation, the injured persons have been admitted to a nearby hospital for treatment.

Sources said the passengers were travelling to their home district of Rajanpur to celebrate the upcoming Eid Al Adha feast.