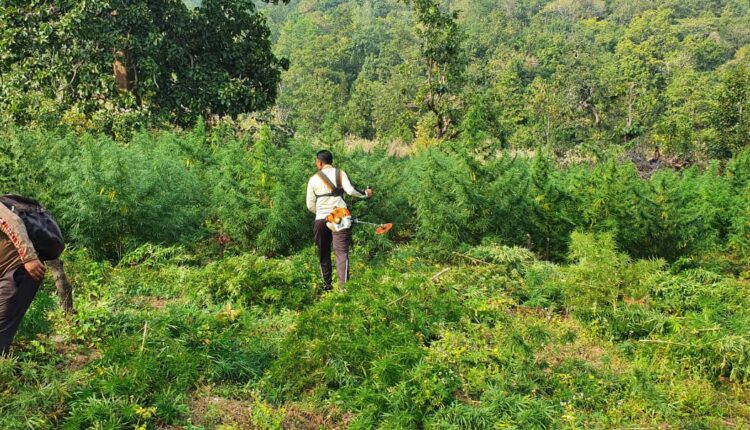 Over 23,000 Acres Of Cannabis Cultivation Destroyed In Odisha

Bhubaneswar: Over 23,000 acres of illegal cultivation of cannabis were destroyed across Odisha during the year 2021 (usually the crop season starts in September-October and lasts in February- March), reports said.

Illegal cultivation of cannabis in some pockets of Odisha emerged as a concern for police and other drug law enforcement agencies following which Odisha Police launched a drive against this illegal cultivation during the crop.

During this drive, Kandhamal, Gajapati, Malkangiri, Boudh and Rayagada districts were top performers.

This is not only an all time highest figure for Odisha but probably for entire Country in one crop year.