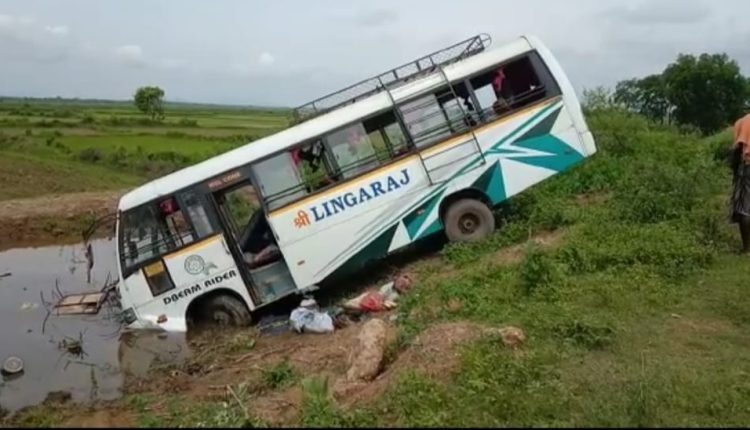 Khurda: Over 20 people sustained injuries as the bus carrying them skidded off the road near Simor at Baghamari in Khurda district on Sunday morning.

According to reports, the bus named Shri Lingaraj, was en-route to Bhubaneswar from Banki, when the driver lost control over the wheels and the vehicle skidded off the road. Following the incident, as many as 20 passengers suffered injuries.

They were immediately rescued by locals and admitted to Khurda hospital, said sources.

Of them, five passengers, who sustained critical injuries, have been admitted to Bhubaneswar hospital, it added