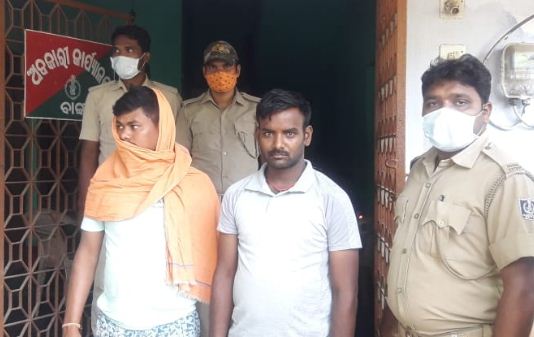 Banki: A joint team of excise officials and the flying squad have seized a huge cache of country-made liquor and arrested two persons in this connection. The arrestees have been identified as Pintu Sethi and Hrushikesh Swain.

Acting on a tip-off, a team led by state excise department deputy commissioner along with Cuttack officer in charge, Rajat Kumar Praharaj intercepted a vehicle at Cuttack-Banki road while it was en route to Khurda from Aathagarh. Fo0llowing thorough searching, they found around 1040 litres of country-made liquor and seized them.

Later, the accused persons have been forwarded to court after the COVID-19 swab test, sources informed.