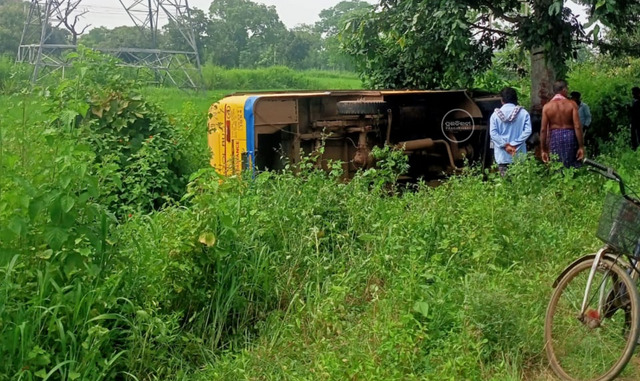 Baragarh: Over 15 students sustained critical injuries after their school bus in which they were traveling overturned due to over speeding at Padmapur in the district on Monday.

The driver was also injured in the mishap. All of them have been admitted to the sub-divisional hospital.

According to reports, the bus carrying students was returning from the school. It lost control over wheel and overturned.

Guardians of the students took the accident seriously. They alleged driver had heavily drunk during driving. They demanded strict action against the erring driver. They further alleged that the bus was too older and  the school authorities didn’t pay attention to replace it.

The bus having Chhattisgarh registration was also carrying students beyond capacity, guardians alleged.