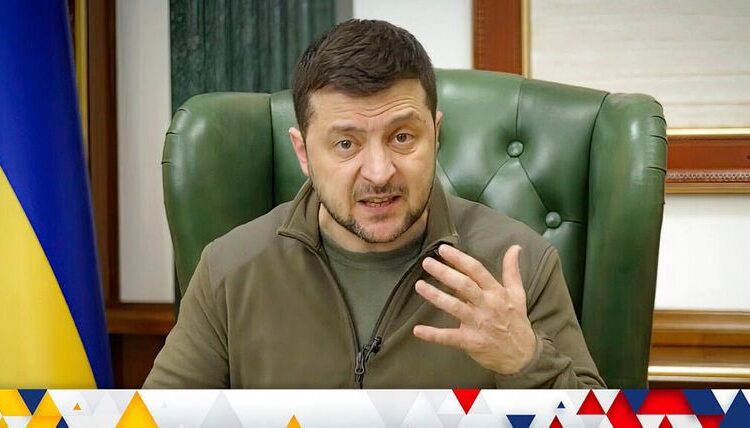 Over 1,300 Ukrainians Killed Since Beginning Of Russian Invasion: Zelenskyy

Kyiv: Ukrainian President Volodymyr Zelenskyy on Saturday said that over 1,300 Ukrainians have been killed since the beginning of the Russian invasion.

Referring to his conversation with Chancellor Scholz and President Macron, Zelenskyy wrote on Twitter, “Prospects for peace talks also discussed. We must stop the aggressor together.”

“I spoke with @OlafScholz, @EmmanuelMacron
. We discussed countering the aggressor, RF crimes against civilians. I ask my partners to help in releasing the captive mayor of Melitopol. Prospects for peace talks were also discussed. We must stop the aggressor together,” he wrote on his Twitter.

The Kremlin, meanwhile, issued a statement saying Russian President Vladimir Putin in his phone calls with Scholz and Macron slammed what he said was the “flagrant violation of international humanitarian law” by Ukrainian forces.