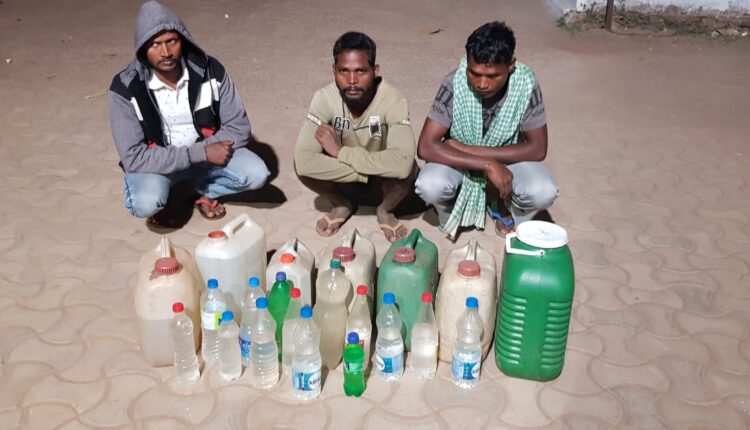 Over 100 litres of country-made liquor seized in Phulbani, 5 held

Baliguda police have registered cases under 21/22, 23/21 sections of law. The accused were arrested from Kataribhata and Gulimara areas. They were forwarded to court.

The recent raids by Baliguda police have encouraged women’s organizations in the district to spearhead their movement against bootlegging.

Members of the organization have expressed their happiness that the police are doing their best to crack down on the illegal traders of country-made liquor.