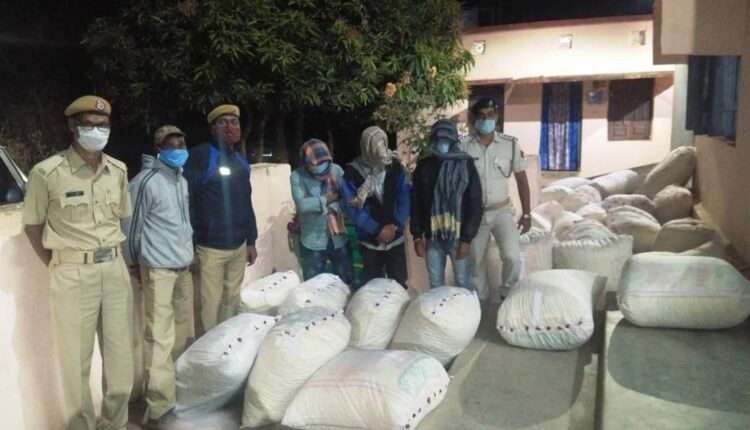 Over 10 Quintals Of Ganja Seized In Rayagada, Three Held

Rayagada: In a huge catch, police seized over 10 quintals of ganja at Hijring village under Gunupur block in Rayagada district and arrested three persons including two minors in this connection.

The arrested persons have been identified as Subhash Majhi, Jikirniya Majhi, and Mishaal Majhi.

The estimated value of the contrabands is over Rs 1 crore, police informed.

Acting on a tip-off, police conducted a raid at a house in Hijring village and arrested three persons for smuggling cannabis. The cops have also seized 10.11 quintals of Contraband stuffed in plastic bags during the raid.

A case has registered under relevant sections of IPC and the accused has been forwarded to court, police said.