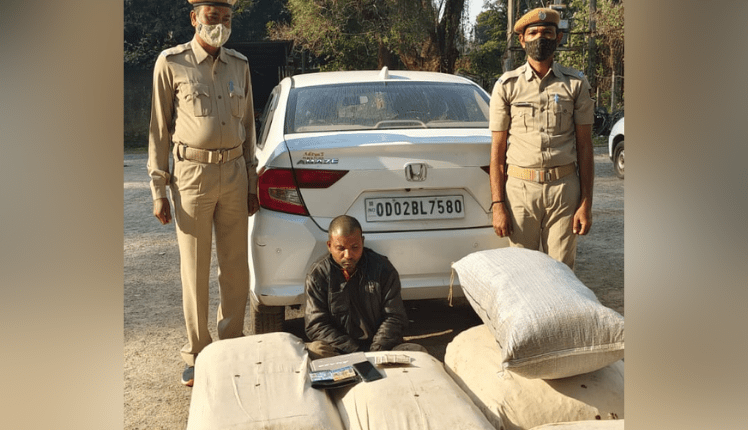 Over 1 Quintal Of Ganja Seized In Sambalpur, One Held

Sambalpur: Police have seized a huge cache of ganja from a car at Kendukata Chhak in Rairakhol and arrested a person in this connection.

The arrestee has been identified as Kanduru Pradhan (39) of Chauliapur under Chendipada police limits in Angul district.

Acting on a tip-off, a special squad of Sambalpur and Rairakhol intercepted a vehicle at Kendukata Chhak. Upon searching, they found 120kg of ganja packed in five plastic sacks and seized them. The cops also seized the arrestee’s driving license and Rs 1,000 from his possession.

The estimated value of the seized contraband is Rs 6 lakh, officials informed.

A case has been registered under NDPS Act and further investigation is underway in this regard.