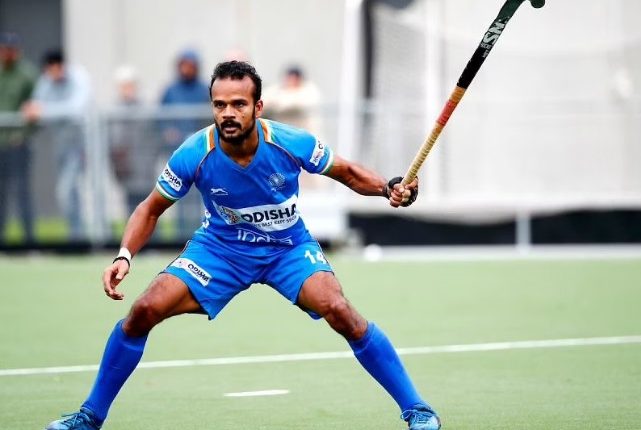 “Our Fighting Spirit Was The Highlight Against Belgium”: Forward Lalit Upadhyay

Rotterdam: In their double-header tie against the reigning World Champions and Olympic Champions Belgium over the weekend in Antwerp, India’s fighting spirit came to the fore where they continued to push for goals till the last hooter.

In the first match, the visiting teams made a brilliant late surge in the final quarter to overcome a 1-3 deficit to hold Belgium 3-3 in regulation time, taking the match into an exciting shootout where India goalie PR Sreejesh made a brilliant penalty stroke save that helped the team clinch 5-4 win.

In the second match, a field goal by Mandeep Singh in the last quarter gave India hopes of another draw but it came too late in the game, thus ending the match in a 2-3 disappointment. “There are a lot of takeaways from these two matches,” expressed Lalit Upadhyay, who along with Gurjant Singh has set up India’s first goal against Belgium on Sunday.

“As a team, we were very focused on not letting our tempo drop till the final second of the match because even a slight drop or a small error would be punished by a top team like Belgium. I also believe, as a team, we really enjoy playing against Belgium. Every player looks forward to this rivalry because it brings out the best in us,” opined the forward who was part of India’s historic Olympic Bronze Medal feat in Tokyo last year.

“We have become a team who fight till the end. Against Belgium too, our fighting spirit was a big highlight of the game. Even in the shootouts, we scored all five goals, it was a collective team effort and there were also instances when we could not convert but we didn’t let that frustration affect our game and we kept trying till the end,” he added.

Lalit further emphasized about the improved communication in the fowardline, particularly with new comers who have made their debut in the FIH Hockey Pro League. “If we are unable to score field goals from the chances we create in the circle, the instruction is to create penalty corners. There is a good understanding among the forwards and since we create match scenarios in our training sessions, the new comers who have made their debut recently have also understood the importance of on-field communication.”

With the last double-header against Netherlands to be played this week, in Rotterdam, India is poised to finish their campaign on a good note. “These matches are excellent exposure ahead of the World Cup next year in Bhubaneswar and Rourkela. We travelled to Rotterdam yesterday and we are looking forward to playing against Netherlands in their home ground. We anticipate the environment to be quite electrifying and we definitely want to finish our campaign on a high,” Lalit concluded.