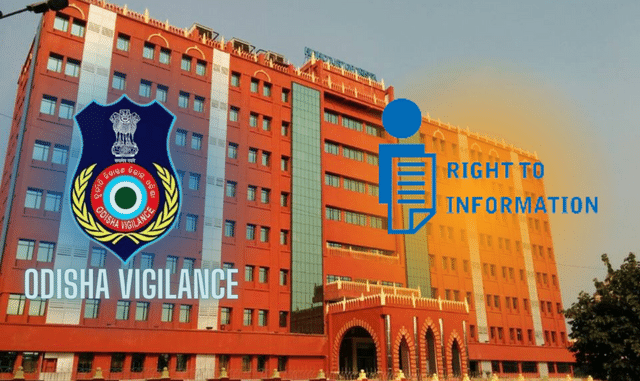 Cuttack: The Orissa High Court Monday directed to bring the State Vigilance department under the purview of the Right To Information (RTI) Act.

While hearing three petitions challenging the 2016 order which kept Vigilance out of RTI purview, the High Court ordered that the State Vigilance except sensitive and confidential activities undertaken by the department should be brought under the ambit of RTI.

In the three writ petitions, filed in the way of Public Interest Litigation (PIL), the petitioners stated that the 2016 order issued by the I&PR Dept provides that “nothing contained in the RTI Act “shall apply to the General Administration (Vigilance) Department” of the Government of Odisha “and its organization”, that violates Article 19 (1) (a) of the Constitution of India which guarantees to all Indian citizens the fundamental right to information.

“The power of exemption granted to the State Government is not available even in the case of intelligence and security organizations where the allegations pertain to corruption and human rights violations,” the petitioners pointed out.

The High Court issued a declaratory writ to the effect that the impugned notification dated 11th August 2016 issued by the Information and Public Relations Department, Government of Odisha under Section 24 (4) of RTI Act, will not permit the Government to deny information pertaining to the Vigilance Department involving allegations of corruption and human rights violations, and other information that does not touch upon any of the sensitive and confidential activities undertaken by the Vigilance Department.

A further clarificatory notification to the above effect be issued by the Government of Odisha within four weeks, the High Court order reads.

Spain Battles Wildfires Fuelled By One Of Earliest Heatwaves On Record

Odisha: 8 Kharif, 9 Rabi Crops to be Covered Under Crop Insurance Scheme This Year