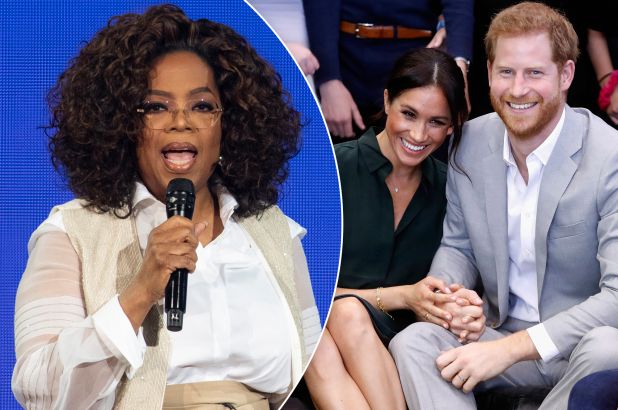 Oprah to sit down with Meghan Markle & Prince Harry

Prince Harry and his wife Meghan Markle will break their silence in their first interview since they quit Britain’s royal family when they sit down with Oprah Winfrey next month. CBS said the interview will be broadcast on March 7.

Harry and Meghan, who announced they are expecting their second child on Sunday, had shocked senior royals last year by announcing plans to step back from their royal roles.

According to CBS, the special will feature a “wide-ranging interview” between Oprah and the expectant duchess on subjects spanning from “stepping into life as a royal, marriage, motherhood, philanthropic work to how she is handling life under intense public pressure.” Harry will later join the women to discuss “their move to the United States and their future hopes and dreams for their expanding family,” per a press release.

Harry and Meghan married in a glittering ceremony in 2018 that captured the world’s attention but later gave up their official royal roles following disagreements with other family members and in the face of huge media attention.