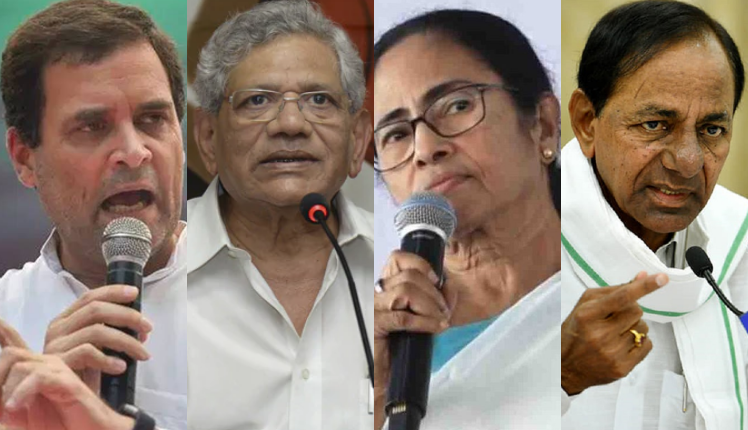 New Delhi: Soon after the Budget 2022 announcement by Finance Minister Nirmala Sitharaman, Opposition parties slammed the centre citing the lacunas of the government.

Calling it a Pegasus spin budget, the Trinamool Congress chief Mamata Banerjee tweeted that the budget has zero for common people, who are getting crushed by unemployment and inflation.

BUDGET HAS ZERO FOR COMMON PEOPLE, WHO ARE GETTING CRUSHED BY UNEMPLOYMENT & INFLATION. GOVT IS LOST IN BIG WORDS SIGNIFYING NOTHING – A PEGASUS SPIN BUDGET

While the CPM general secretary Sitaram Yechury asked that who will be benefited with this budget, Telangana Chief Minister K Chandrashekar Rao termed the Union Budget 2022 as a ‘golmaal budget,’ in which the central government has left the common man in a state of despair.

Budget for whom?
The richest 10% Indians owns 75% of the country’s wealth.
Bottom 60% own less than 5%.
Why are those who amassed super profits during the pandemic, while joblessness, poverty & hunger have grown, not being taxed more?#Budget2022

Reaction to the budget, Congress communication department head Randeep Surjewala tweeted that the Finance Minister and the Prime Minister have again deeply disappointed them indirect tax measures. This is a betrayal of India’s salaried class and the middle class, he wrote in his tweet.