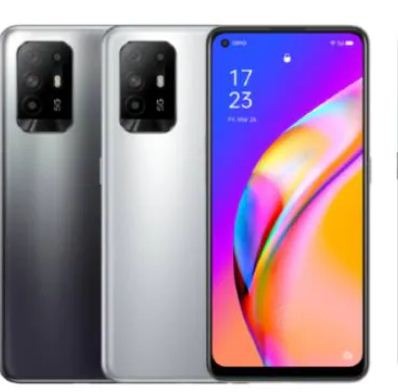 New Delhi: The new Oppo F19 Pro- series phones come with quad rear cameras and feature Super AMOLED displays. Both models also have Android 11 out-of-the-box. In the series, the Oppo F19 Pro+ also supports 5G connectivity and is powered by MediaTek Dimensity 800U. Among the two smartphones, the Oppo F19 Pro+ is the only one that comes with 5G support. Apart from the two smartphones, Oppo has also brought the Oppo Band Style fitness tracker with a SpO2 sensor to India.

Oppo F19 Pro specifications
The dual-SIM (Nano) Oppo F19 Pro also runs on Android 11-based ColorOS 11.1 and features a 6.43-inch AMOLED display. The phone comes with a quad rear camera setup that houses the 48-megapixel primary sensor. It comes with 8GB of RAM and has up to 256GB of onboard storage. The Oppo F19 Pro also packs a 4,310mAh battery with 30W VOOC fast charging support. Other details about the phone are yet to be announced.

The dual-SIM (Nano) Oppo F19 Pro+ runs on Android 11 with ColorOS 11.1 on top and features a 6.4-inch full-HD+ (1,080×2,400 pixels) Super AMOLED display with a 20:9 aspect ratio and 60Hz refresh rate. The display is also protected by Corning Gorilla Glass 5 and brings a 90.8 percent screen-to-body ratio. Under the hood, the Oppo F19 Pro+ has the octa-core MediaTek Dimensity 800U SoC, along with 8GB of LPDDR4X RAM. The phone also comes with the quad rear camera setup that carries a 48-megapixel primary sensor with an f/1.7 lens, 8-megapixel wide-angle macro shooter, 2-megapixel portrait sensor, and a 2-megapixel macro shooter. The camera also supports features such as AI Highlight Portrait Video, Focus Lock, Dual-View Video, AI Scene Enhancement 2.0, Dynamic Bokeh, and Night Plus.

Alongside the Oppo F19 Pro+ and Oppo F19, the company also launched the Oppo Band Style. It is priced at Rs. 2,799, and is already available to buy via Amazon India.