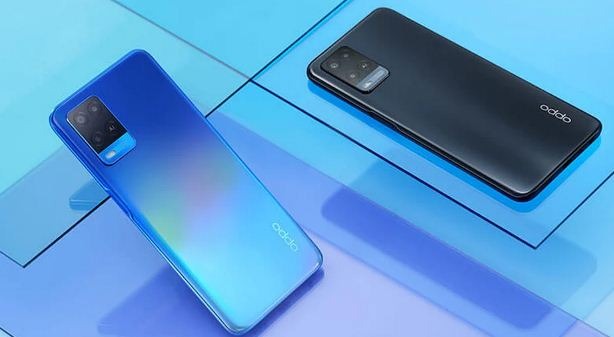 New Delhi: The Oppo A54 smartphone is an entry-level device with a big battery, a Mediatek chipset, and a stylish design. There are three cameras on the back, although Oppo designed the island to appear as if it hosts four shooters. The smartphone has slim bezels on the sides and top but there is a relatively thicker chin. It packs a large 5,000mAh battery that supports fast charging and Oppo has also added an Optimised Overnight Charging feature that does not overcharge the phone.

Oppo A54 is priced at IDR 2,695,000 (roughly Rs. 13,600) for the sole 4GB + 128GB storage variant. The phone is offered in Crystal Black and Starry Blue colours and listed on the Lazada Indonesia website. There is no information on the international availability for Oppo A54.

This is the 4G variant of the phone and an Oppo A54 5G has been in the news as well, but there is no information on the 5G variant’s launch as of yet.

Oppo A54 sports a 6.51-inch HD+ display with a resolution of 1600×720 pixels and a 60Hz refresh rate. It is powered by the MediaTek Helio P35 SoC paired with an IMG PowerVR GE8320 GPU. The device comes with 4GB of RAM along with 128GB of internal storage expandable up to 256GB via a microSD card. It runs Google’s Android 10 operating system with the company’s own ColorOS 7.2 skin on top.

The device is backed by a 5,000mAh battery with support for 18W fast charging. The company has also introduced a new Optimised Overnight Charging feature, which adjusts charging according to its users’ sleeping hours without letting the phone overcharge through the night. The phone also comes with an IPX4 water resistance rating.