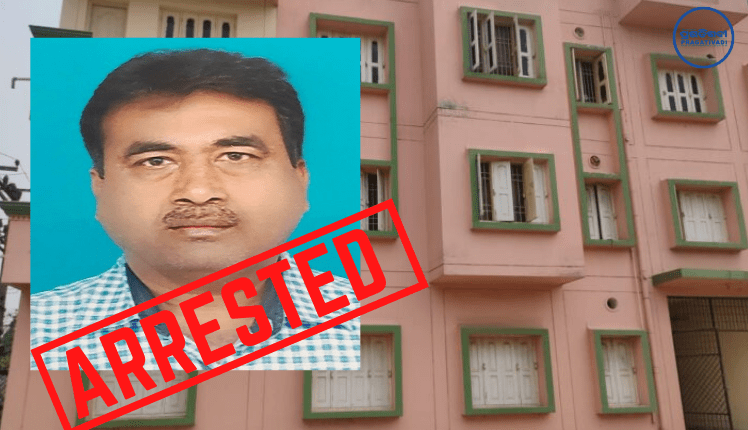 Bhubaneswar: State Vigilance sleuths have arrested Odisha Police Housing and Welfare Corporation (OPHWC) Deputy Manager and his wife on charges of accumulating assets disproportionate to their known sources of income.

The accused have been identified as Pratap Samal and his wife Sasmita Samal.

According to vigilance officials, the anti-corruption agency had raided multiple locations across the State on Tuesday and unearthed property to the tune of over Rs 14 crore owned by Samal and his family.

After thorough searches, the Disproportionate Assets unearthed so far are to the tune of Rs 14,87,41,194, which comes to 1021% of the known sources of income, officials said.

Odisha Vigilance officials have unearthed as many as 25 immovable properties worth crores, including 22 plots and 3 buildings, possessed by Samal and his wife Sasmita. The properties include 17 plots and two buildings in Bhubaneswar and Khurda.

The value of the immovable properties including registration and stamp duty is Rs 3,41,58,412. The actual price is likely to be higher. Valuation of a five-storeyed building at Gothapatna here is Rs 3,89,60,000, as per self-declaration of Samal and his wife, official sources said.

Technical valuation of other buildings was being done by the Technical Wing of Odisha Vigilance. Deposits of Rs 1,61,35,812.50 were found in the bank accounts of Samal and his family members. This apart, insurance premium of Rs 57,72,150 has been paid by them, the official sources added.

The bank accounts have been freezed while further investigation was underway.

The Deputy Manager completed Diploma in Civil Engineering at Barapada School of Engineering, Bhadrak in 1987. He joined in Odisha Police Housing and Welfare Corporation on August 14, 1988 as Junior Engineer at Bhubaneswar Head Office and continued as Estimator till 1994-95. He has worked at Kendrapara and Deogarh.

He worked at Rourkela, Bolangir, Keonjhar and Cuttack after his promotion to the rank of Deputy Manager in the year 2013. Thereafter , he joined at Bhubaneswar office in the year 2019 and has been continuing as such.

Man Held With One Quintal Of Ganja In Boudh