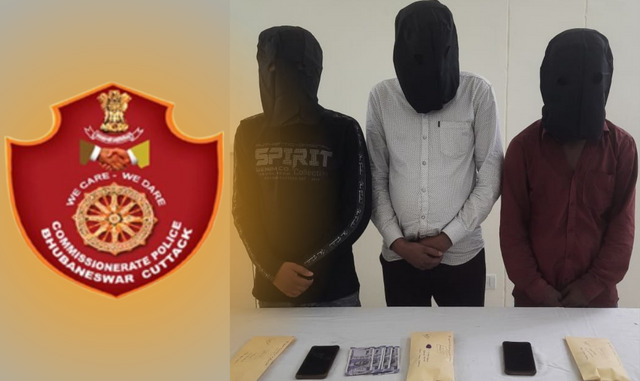 Bhubaneswar/ Balakati: Continuing its crackdown against illegal drug peddlers under the banner of Operation White Spider, special enforcement squad of Commissionerate Police on Sunday seized brown sugar worth Rs 40 lakh and arrested three smugglers near Balianta bridge on the outskirts of the Capital city.

A case has been registered against them and they have been forwarded to court, police said.

The raiding team, on information from reliable sources, intercepted the trio on the bridge and found 400 gram brown sugar from them.

Police said they bring the items from Balasore and sale them in Bhubaneswar and Puri area. All of them were on their way to Puri, Commissioner Soumendra Priyadarsi said.

As the festive season is approaching the commissionerate police has stepped up its special anti-drug enforcement drive.