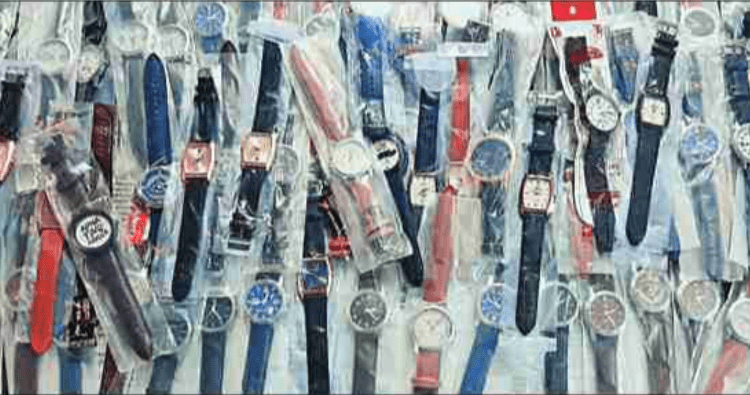 One Held For Selling Replicas Of Branded Wristwatches

Cuttack: Badambadi police have arrested a person for allegedly selling duplicate wristwatches of prominent brands in the silver city Cuttack. The accused has been identified as Kali Prashad Mahanta (42).

According to available information, the accused used to sell the replicas of the watches if prominent brands to the customers at the shop namely, ‘R.K Watch Co.’

As per reports, the matter came to the fore after a complaint was made Badambadi police station by a customer.

Acting on the complaint, police conducted a raid at the shop. Upon searching, they found around 884 replica watches of different brands and seized them.

Police have also arrested the shop manager who was present at the shop. However, the owner of the shop was absconding.

A Case (215/21) has been registered under relevant sections of the IPC and a manhunt is on to nab the prime accused, the shop owner Rajkishore Harichandan, sources said.

The accused manager has been forwarded to the court, sources informed.