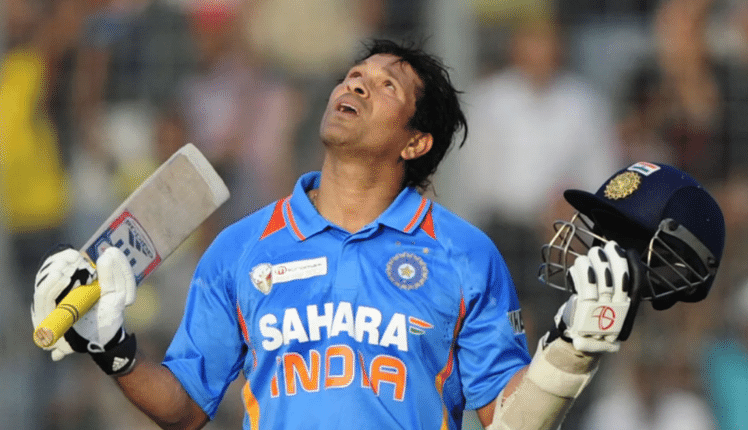 New Delhi: On this day, in 2012, ‘Master Blaster’ Sachin Tendulkar became the first player in the history of the game to hit 100 International centuries when he scored a record-making 114 against Bangladesh at Mirpur in the Asia Cup.

The 147-ball knock was Sachin’s 49th ton in ODIs and 100th overall. Next in the list is Virat Kohli, with 43 ODI centuries to his name. Interestingly, this was Sachin’s first ton against Bangladesh.

A plethora of centuries and memories on the International stage, it wasn’t until his 78th ODI that Sachin made his first ton in the format. By then, he had already scored seven in Tests. Since that 130-ball 110-run knock, there was no stopping Sachin as the ‘Master Blaster’ hit century after century in the matches to come. With 9 centuries against them in ODIs, Australia were Sachin’s favourite opponent in the 50-over format of the game.

Among the most memorable knocks of his career, the 200* against South Africa at Gwalior in 2010 is the first-ever double ton scored by a batter in ODIs.

Dubbed as one of the greatest players of all time, Sachin’s record in the longest format of the game is equally impressive. 200 Tests, 15921 runs scored and another 51 centuries to his name, Sachin tops the list in almost every list for India. With 11 centuries against them, Australia are Sachin’s favourite opponents in the longest format as well.

The next closest players to Tendulkar’s impeccable record are Ricky Ponting and Virat Kohli, who have amassed 71 and 70 centuries respectively.