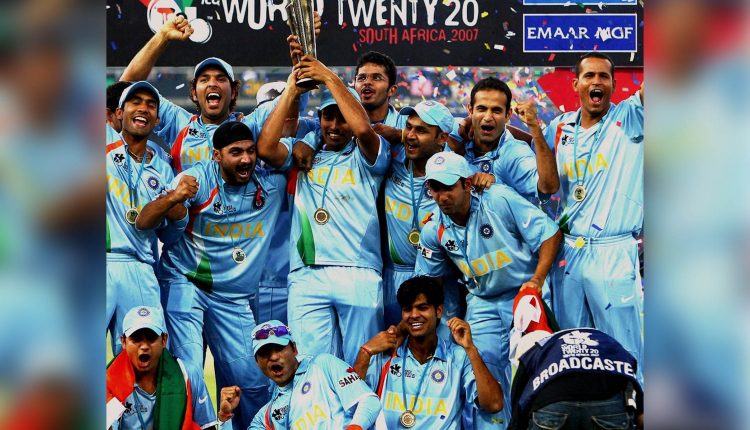 Chennai: On this day in 2007, India lifted the inaugural edition of the ICC T20 World Cup (earlier called World T20) after they defeated Pakistan by five runs in a thrilling game at Johannesburg in South Africa. It was MS Dhoni’s first major tournament as captain and marked the beginning of a successful era as the leader.

Dhoni went on to lead India to victories in the ICC World Cup 2011 and ICC Champions Trophy 2013.

The day will be remembered for many magical moments, from Gautam Gambhir’s blistering 75 at the top, Rohit Sharma’s late blitz at the end to Irfan Pathan and RP Singh’s brilliant spells with the ball. Of course, how could we forget the man who took the all-important last wicket of Misbah-ul-Haq, Joginder Sharma.

India had scored 157 for 5 in 20 overs while Pakistan were bowled out for 152 in 19.3 overs. All these incredible moments put together gave India their first World Cup triumph after a wait of 24 years; India had won the ODI World Cup in 1983.

Robin Uthappa, who was also part of that famous winning side, had recently opened up on how ‘leader’ Dhoni backed him in an earlier league match against Pakistan when the game had to be settled by a bowl-out.

“When I look back at it (the bowl out against Pakistan in the 2007 World T20), it makes me understand the kind of leader Dhoni is. He’s the kind of guy who when you’re sure about your skills, about your own ability, he backs it. First tournament, first game as a captain, he backed me to do something like that, at that stage in a World Cup,” said Uthappa.