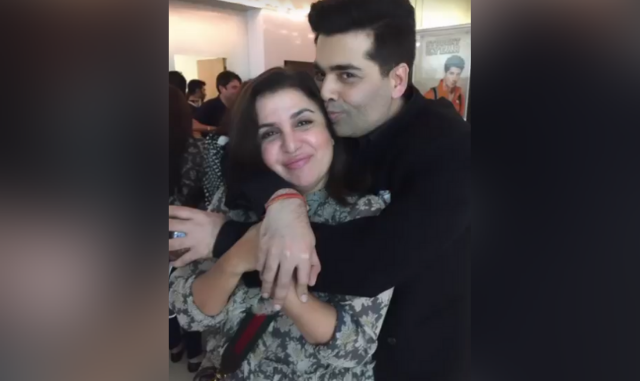 Mumbai:  Farah Khan who is close to filmmaker Karan shared a video in which we got a look at Karan’s massive closet.

In the video, she also engages with the birthday boy. Farah captioned the video as, “Happy 50th to @karanjohar .. most sporting, witty n intelligent friend i hav #karah p.s- apologise for the number of times I said “Oh My God”..”

In the video, Farah tells him, “Karan it’s your 50th birthday, and you don’t look 50, but you used to.” She also asks Karan what he is wearing, to which he says, “I am wearing Yohji Yamamoto.” So, Farah jokes, “Jiski kabhi na lo photo.”

He later asks Farah if she wants to come into her closet, to this she replies, “You want to come out of closet.” So, Karan replies, “Been there done that.” In the end, Karan hails Farah for her outfit.