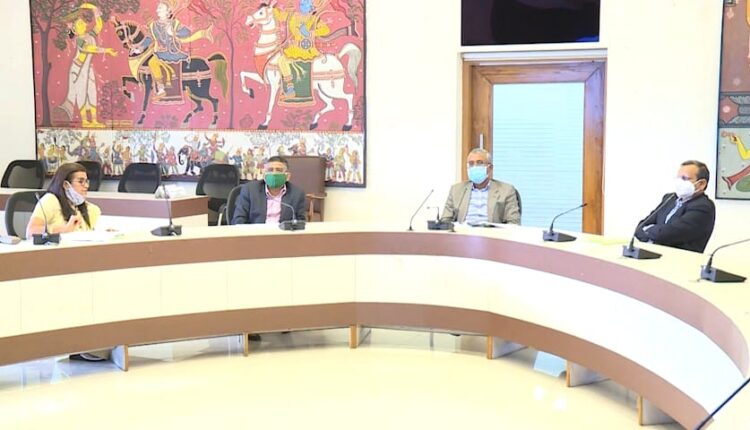 Bhubaneswar: The projects under Odisha Mineral Bearing Areas Development Corporation (OMBADC) being implemented through various departments have been put on fast track.

Reviewing the progress of various projects at the OMBADC Board of Directors Meeting on Monday, Chief Secretary Asit Tripathy directed departments to ensure quality monitoring of the projects through third party supervision and undertake micro level monitoring and management through independent technical professionals.

He advised that the furnitures, classroom equipments, and general materials necessary for modernization of educational and technical institutions be procured from local micro, small and medium enterprises promoted under Make in Odisha initiative. Target was set to complete infrastructure building civil work projects for by first quarter of 2021.

So far, 243 youths have completed the training and out of them 132 have been placed in different sectors like plastic processing, electrical , housekeeping, food & beverage, sewing machine, beauty therapy, retail and general assistance. Another 267 youths are undergoing training. The construction of 2 hostels (one for boy’s and one for girl’s) has progressed up to roof level in Mayurbhanj district. Similarly, construction of one boy’s and one girl’s hostel in Jajapur district have been expedited.