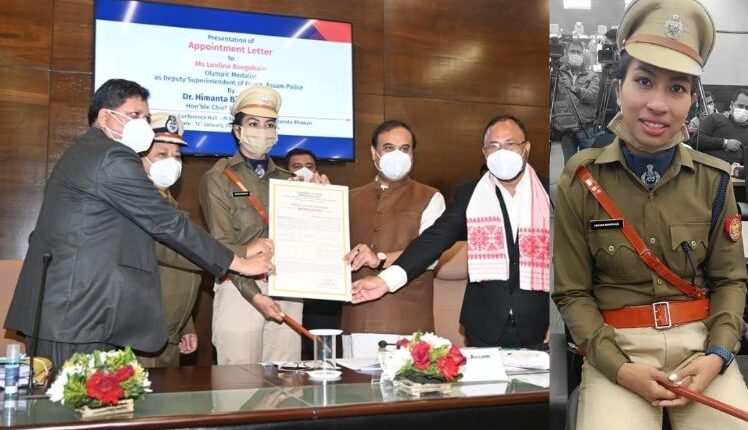 Dispur: Olympic bronze medalist, boxer Lovlina Borgohain has been appointed as a Deputy Superintendent of Police (DSP) in Assam Police.

Considering her age, Sarma expected that Borgohain would secure a top position in the Assam Police Service one day and then she would be promoted to the Indian Police Service cadre rank.

Winning the bronze medal in the Olympics by Borgohain in boxing was one of the most glorious moments of Assam’s sporting history, the Chief Minister said.

He said that besides monthly salary, the state government would give additional Rs one lakh to Borgohain for continuing her training in boxing.