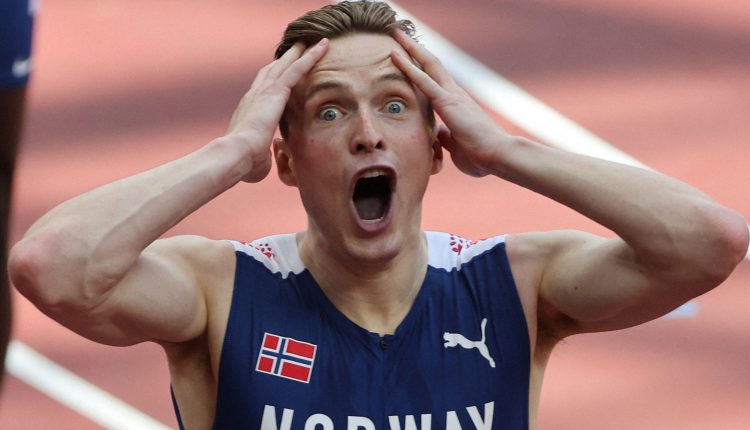 Starting in Lane 6, Warholm flew out to the lead, and by the midpoint, he had drawn so far ahead of Benjamin that the real race appeared to be Warholm vs the clock.

Covering the distance between hurdles 13 powerful steps at a time, Warholm never came close to breaking stride. He sped over the line.

Earlier on Tuesday, Malaika Mihambo of Germany took the top spot in the women’s long jump with a 7-meter leap on her final attempt and edged U.S. veteran Brittney Reese for the Olympic gold medal.

Mihambo won the world championship title in 2019 and finished just off the podium in fourth place at the 2016 Olympics. The 34-year-old Reese now has back-to-back Olympic silver medals at the Tokyo Games and from Rio de Janeiro after winning the title at London in 2012.