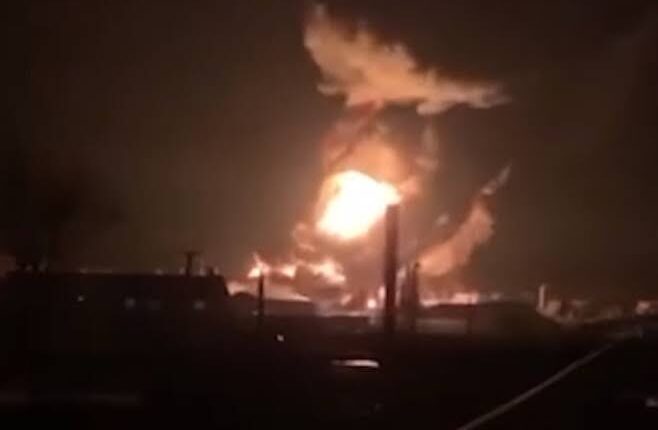 Kyiv: An oil depot in the Ukrainian city of Vasylkiv, near the capital, Kyiv, was reportedly hit by Russian missiles early Sunday.

Footage of fires at the depot was widely shared on social media as Vasylkiv Mayor Natalia Balasinovich confirmed the incident.

Balasinovich said in a video message on social media that the fire started after the depot was targeted by the Russian military.

In its Telegram channel, the city administration said, ‘Attention: if you are staying at home, close all windows tightly. Due to a fire at a tank farm facility in Vasilkov, smoke and harmful substances can be brought by wind’.

Vasylkiv is around 35 kilometers (22 miles) south of Kyiv.

While the Russia-Ukraine war continues to intensify for the fourth day in a row, the Ukrainian health ministry had said on Saturday that 198 civilians have been killed in the country.