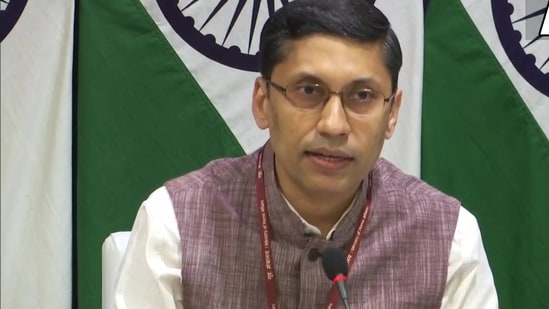 OIC Pertaining To Continued Attacks On Muslims In India: MEA

New Delhi: The Ministry of External Affairs (MEA) on Tuesday said the statement of the General Secretariat of the Jeddah-based Organisation of Islamic Cooperation (OIC) pertaining to “continued attacks on Muslims in India”.

“Issues in India are considered and resolved in accordance with our constitutional framework and mechanisms, as well as democratic ethos and polity. The communal mindset of the OIC Secretariat does not allow for a proper appreciation of these realities. OIC continues to be hijacked by vested interests to further their nefarious propaganda against India. As a result, it has only harmed its own reputation,” Bagchi said.

This is not the first time that the OIC has commented on India’s internal matters.

The OIC had asked India to reverse its decision of scrapping Article 370, which gave special status to the erstwhile state of Jammu and Kashmir, during the sidelines of the 76th UN General Assembly.

President, PM Remember Guru Ravidas On The Eve Of His Jayanti