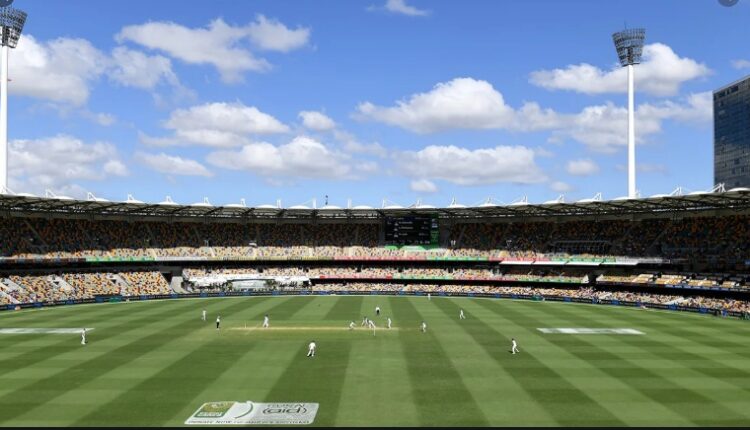 Fairies don’t live in bio-bubbles, zombies do.  Fighters get sent to hospitals for sewing and mending, not fairies. Fairies don’t get hit frequently by leather balls while playing with their mates, like Indian batsmen did.

Fairies have it easy- their hamstrings don’t get pulled, backs don’t become stiff, wrists don’t get sprained, fingers don’t get squished, arms don’t break; perhaps their hearts do, but it is not the same. The pain is much less, not quite enough to get one ruled out of a test match that he so desperately wants to play in.  In cricket, as in life, fairies do exist, but they sit tight, remain in the background, bide their time and earn fat crores for doing nothing, but arrive in the end to deliver motivational and acceptance speeches, attribute undue credit to their puppeteers and guzzle copious amounts of celebratory champagne to fill their distended beer bellies.

If the win Down Under is described as a fairy tale, only one man, Ravi Shastri, achieved it like a fairy.

Shami got ruled out after breaking his arm in Adelaide. Umesh Yadav hurt his calf muscle at Melbourne, Jadeja broke his thumb at Sydney and Saini had pain in his groin at Brisbane. They could not bowl in the second innings of these tests, leaving the side with a bowler short in each of the second innings of the last three tests. Bumrah was ruled out of the decider due to strained abdomen. Vihari and Ashwin braved lot of pain in their hamstring and back respectively to save the Sydney test. Rahul could not make cut because of sprained wrists, Hardik Pandya was not included because he was not fit enough to bowl in tests, Ishant could not recover from side strain and Rohit Sharma did not play the first two tests because he was quarantined for two weeks. Three points hogged headlines in the build-up to the Gabba test- would the Indians be able to field a Fit XI; the Aussie invincibility at Gabba and the prospects of rain.

As history would bear witness, India’s main side bit the dust in Adelaide, and after their captain fled, and the most potent fast bowler was ruled out, it was India-A that won at Melbourne and drew in Sydney. By no stretch was the side that stormed the Gabba was any better than India-B. Although no bunch of eleven coming out of the 1.5 billion Indians can be dismissed as ciphers, who would have expected a side missing Kohli, Ashwin, Bumrah, Shami, Jadeja, Umesh, Vihari, Rahul, Ishant and Pandya to defeat a full-strength Australian side, considering that India had never won a test at Woolloongabba. Australia had not lost at Gabba since 1989. They had won 23 and drawn 7 tests in the last 31 years.

If winning was ruled out, an honourable draw was a viable option to ensure that the series ended on equal terms, and India retained the Border-Gavaskar Trophy. It would have helped them in the World Test Championship Ratings as well.  Rain played its part and did wash away a session of play on Day Two and around twenty overs on Day Four. But on Day Five, especially after the second session when defeat seemed remote, Indian fans, who had prayed for rain every day for the first four days wanted the weather to hold, while the Aussies who dreaded the prospect of skies opening up till then, wished against their previous hopes and hoped for a reprieve. This is what test cricket does- it makes you count runs, celebrate wickets, cheer dot balls, plead with weather gods, look for gaps and cracks, study soil and moisture and stand up and salute those who think nothing of taking blows on their bodies and remain steadfast in victory and defeat.

Lest it be forgotten, there were cracks on Day Four. Uneven bounce did create problems for Smith and Company. Rain did wash away twenty overs, but surely the Indians were not expected to beat time against hostile bowling and uneven bounce. Although Day Five brought with it a barrage of short balls directed at the batsmen, the cracks did not widen, and perhaps even got temporarily mended due to moisture. Or so the experts revealed.

Fans might remember the chase for Pant’s heroics, Sundar’s hooked six off Cummins and Gill’s aesthetically made 91, but it was Cheteshwar Pujara’s  immense physical courage and indomitable will that sapped the energy and aggression of the Aussie bowlers. At least ten of the 211 balls he ended up playing, finished on his body- his arm, elbow, back, ribs, finger, back of the helmet and finally the wisor were struck by short balls from Hazlewood, Starc and Pat Cummins. This was not exactly bodyline, but not any less planned, dangerous or painfully beautiful to behold. TV screens filter the horrors, and the batsman himself did not exhibit emotions to deny the bowlers any pleasure. The last time I had seen anything like this was when Mitchell Johnson had intimated the Pommies in the 2013-14 Ashes. Pujara versus Josh and Cummins was a classic struggle between brute firepower and instinct for survival. Donald had pulped Atherton in 1995 in Johannesberg, and at Old Trafford in 1998. Ambrose had battered Steve Waugh at Kingston in 1995. Those contests are immortalized because the batsmen had survived, like Pujara did. Pujara’s slowest ever test fifty (in 196 balls) might be considered as the bravest and most intrepid innings of this century. Modern batsmen cannot hold their own against intimidatory bowling for so long. No one wants to die on the pitch, rather hit out some and then cool your heels in the dressing room. Except if you are Cheteshwar Pujara, and are in no hurry to reach anywhere, but remain in your zone.

Pujara kept Gill away from strike against Cummins in the closing overs before lunch. Gill kept getting boundaries as effortlessly as bowls kept thudding against Pujara’s bones and muscles. This allowed Gill to score quick runs post-lunch against Starc. Later Pant and Sundar played scintillating cricket, as India romped home, but it was the hard work done against Pujara that had already bled the bowlers dry and rendered them ineffective. Pujara played 928 balls for 271 runs in this series,  that is 154.4 overs, and scored three fifties. This is quite a fall from three hundreds and 521 runs that he had scored in 2018-19, but then this one turned out to be a much tougher overall series for batsmen.  Even the staggering fact that Pujara has played most Test bowls in Australia after Marnus Labuschagne since 2018 does not tell the whole story of his greatness. Wisden should have also counted the number of hits he has taken on his body.

Old pictures of War Veterans, carrying their weapons, and in their battle fatigues, evoke romantic nostalgia, but the pain of their struggle and the loss of comrades gets forgotten in the hype and hoopla of victory, or the depression of loss. Gavaskar-Border Trophy of 2020-21 must be wrapped in the bandages of players that got hurt on the field, and in the t-shirt Pujara wore on the fifth day. That would not make for a fairy-tale, but would bring alive Churchill’s “blood, sweat, tears and toil”. A smiling Rahane lifting the trophy, Pant scoring sixes or the team taking the victory lap do not express the series as it was played and won, Pujara taking a knock on his body does.

Mason Electrocuted To Death In Sambalpur