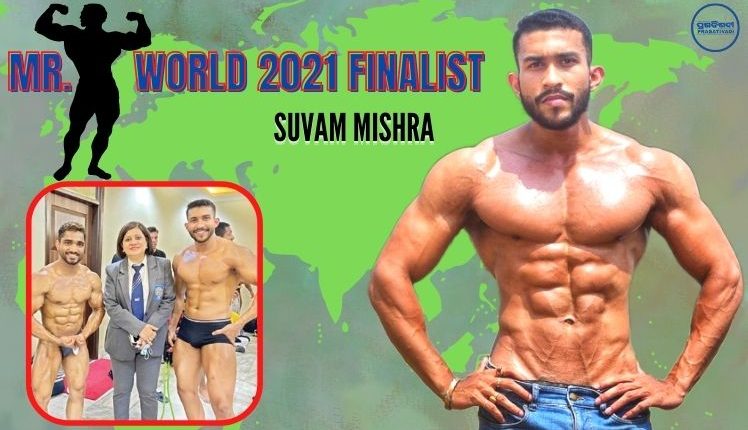 Odisha’s Suvam Mishra Set For Mr World 2021; Here’s How He Is Preparing

Bhubaneswar: Growing up in the Temple City-Bhubaneswar, Suvam Mishra never thought he would be one of the finalists of Mr. World Competition one day but his hard work and dedication paved the path for such a platform.

Suvam will compete in the men’s physique athletic event of the World Body Building & Physique Sports Championship 2021. He found the place in the Indian team following a selection trial held at the Chandigarh University, Punjab, on August 30.

Mishra, the youngster, who has been selected after performing extremely well in Chandigarh, also becomes the first person from Odisha to get selected for Mr. World 2021in the men’s physique athletic event.

Suvam, who will represent India at the Mr. World contest next month, says it was sheer confidence, determination, and hard work which led to his success.

The budding bodybuilder expressed his happiness while giving a special interview to Pragativadi, wherein he mentioned how grateful he is to have the blessings of Lord Jagannath and the support of his family, friends, and the public. 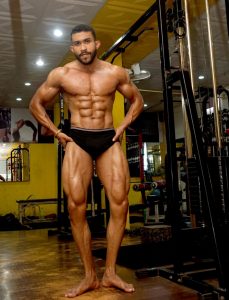 Speaking about preparations, he said, “First of all it was very tough to maintain physic in such a manner that I would make myself prepared for such a huge event. But there is a phrase ‘no pain no gain’. Hence adopting the hard work path is the key to get success. Now my aim is to make my country and my state proud.”

Whatever happens, I will give my best I decided. I am practicing and sweating out daily at the gym and giving adequate Sun Tan to my body every day.

“I want to tell everyone, the Mr. World contest is not about being good-looking and having fair skin; I have neither. It is about having a fit body, determination, confidence, performance, and talent. They look at your dedication, potential, body features, face definitions, and more. I believe in myself, never fake anything, and try to give my best shot.

Never judge a person on the basis of their looks and skin colour is my message to everyone in this industry. I believe in hard work and there is no shortcut to success. During practice, foremostly I focused on balanced diet and cardio and I think these will play a key role in Uzbekistan,” he said.

“It is a big responsibility for me, and I have only the contest in my mind now. I have to work more and improve more, to prove myself.  Ever since Rohit Khandelwal became the first Indian to win Mr. World in 2016, it is more important than ever, I feel. I have only one more month for the contest, hoping that my hard work will enhance me to clinch the title,” he further added.

It is pertinent to mention here that along with Suvam Mishra another athlete Chandan Kumar Sahoo also has been selected to participate in the 12th World Body Building & Physique Sports Championship. Bodybuilder Chandan will take part in a 60-kg category competition.

Notably, the Mr. World 2021 Contest will be held at Tashkent, Uzbekistan from October 1 to October 7.

(This article has been written by Abinash Pani, Sub Editor)

Another 835 COVID-19 patients recover in Odisha