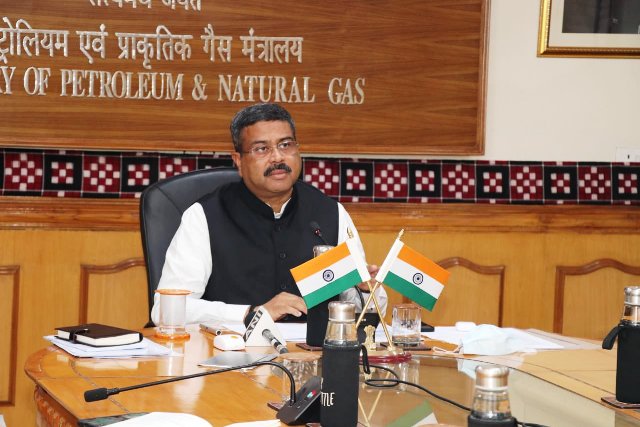 New Delhi: Union Petroleum and Natural Gas & Steel Minister Dharmendra Pradhan today said that Odisha’s coastline is going to be the hub of maritime trade. While addressing the “Investment Opportunities in Odisha’ session in the Maritime India Summit 2021, he also assured all potential investors that the Central and State Governments are working in tandem to make Odisha an attractive investment destination.

Pradhan said that Odisha has a rich maritime history and thousands of years ago navigators of the state sailed to different parts of the globe to bring fortune and glory to the state. He further said that at one point time in history, we were one of the most prosperous civilizations of the world and today in the 21st century, PM Modi has given a clarion call of Aatmanirbhar Bharat and USD5 trillion economy. With natural harbours, rich natural resources, the long coastline and skill-able and hardworking manpower, Odisha is uniquely poised to be the part of Aatmanirbhar journey and contribute to the making of $5 trillion economy.

The Union Minister said that in the 21st century, the global network of trade and commerce will be maritime and Odisha’s coast will be the gateway. Paradipis going to be the gateway of growth of the eastern part of the country. Kalinganagar is being developed as a steel hub, envisages to become a self-contained ecosystem, and will enable the potential investors for setting up value-added downstream facilities. Our initiatives in the petroleum and steel sectors will provide impetus to the maritime economy in Odisha. He said that anchor industries and companies are needed for the development and operations of new ports in Odisha and optimal utilization of riverine and seaport area.

He reiterated Prime Minister’s vision of Purvodaya to drive eastern India’s growth to keep pace with the growth in other regions of the country and its importance in achieving national growth.

Pradhan said that Integration of crucial infrastructure Road, Rail and Port will lead to the industrial development of Odisha. Potential for port-led Blue Economy will be unlocked with the multi-modal rail, road and air linkages with sea and riverine port for the transport of minerals and goods at much lower logistics cost.

Pradhan said that Odisha serves as a link between eastern & western India through the railway network of the South Eastern Railways & the East Coast Railways. There is further potential for integrating railway freight corridors with key ports in Odisha and setting up of maintenance and engineering projects in the State.