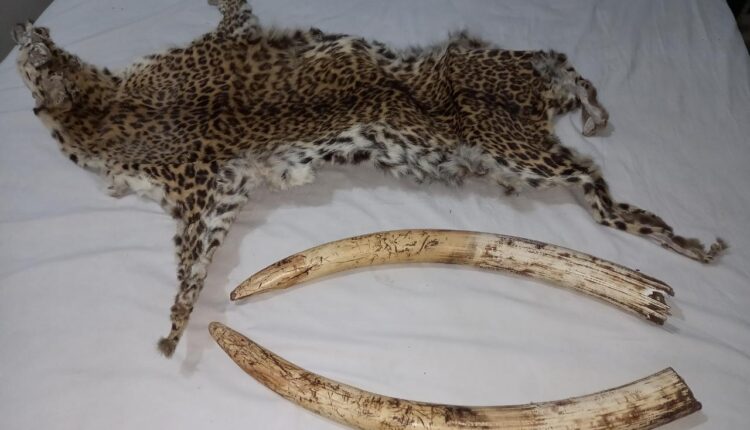 Keonjhar/Mayurbhanj: The STF team of Odisha Crime Branch officials on Sunday seized a number of elephant tusks and leopard skins from Keonjhar and Mayurbhanj districts.

At least three persons were arrested for their involvement in the illegal activity.

The accused have been identified as Sekh Hasmati Alli of Karanjia, Chandrakant Dhal of Karanjia, and Malaya Kumar Rout of Janghira.

Acting on a tip-off about the smuggling of the wildlife products, Crime Branch officials raided the spot where the deal was going on and arrested the gang of smugglers. The tusks and skins were recovered from them.

The accused were being grilled in order to trace the operational activities of the gang. However, if the accused trio hunted the animals themselves or were acting as middlemen and peddlers will be known after interrogation, sources said.

The seized Elephant Tusks and Leopard Skin will be sent to Wild Life Institute of India, Dehradun for chemical examination.