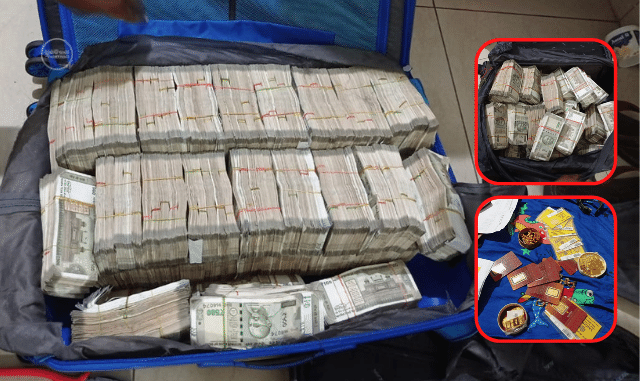 Bhubaneswar: In a record seizure, Odisha Vigilance on Thursday unearthed Rs 2 crore in cash from the house of Assistant Engineer Kartikeswar Roul who is under the scanner for amassing disproportionate assets.

According to reports, during the ongoing searches, the anti-corruption wing personnel carried out a raid at the flat, belonging to Roul and his second wife Kalpana Pradhan, in a posh locality in Bhubaneswar today.

As per Vigilance sources, Rs 2 crore in cash and 20 gold biscuits weighing approximately 580 grams has been seized from Roul’s flat in the state capital.

In this video, the Vigilance officials could be seen counting the notes in a currency counting machine.

Searches are on to ascertain the other properties and assets owned by Kartikeswar Roul, Assistant Engineer, O/o Executive Engineer, MI, Bhanjanagar in Ganjam district, the Vigilance added.