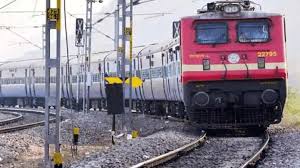 Bhubaneswar: In view of agitation “Bandh” called by a political party, train services of East Coast Railway have been partially affected.

As a result, few trains have been controlled at different Stations for a few minutes.

02880 Bhubaneswar-LTT Special detained at Bhubaneswar Station from 0720hrs to 0800hrs.

08493 Bhubaneswar-Balangir Special was detained at Dhenkanal from 0748hrs to 0820hrs.

08448 Koraput-Bhubaneswar Special was detained at Dhenkanal from 0747hrs to 0820hrs.