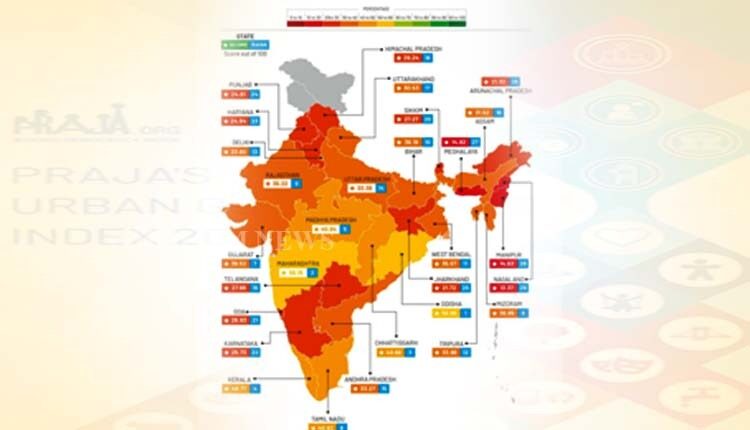 Bhubaneswar: Odisha ranked first on the urban governance index followed by Maharashtra, while Jharkhand, Manipur and Nagaland find themselves at the bottom of the list, as per a report released by Praja Foundation on Tuesday.

The ranking has been done based on a urban governance reforms study spanning over three years across 40 cities in 28 states and NCT of Delhi.

The UGI has ranked states to indicate where they stand in terms of real empowerment of local self-government and grass-root democracy.