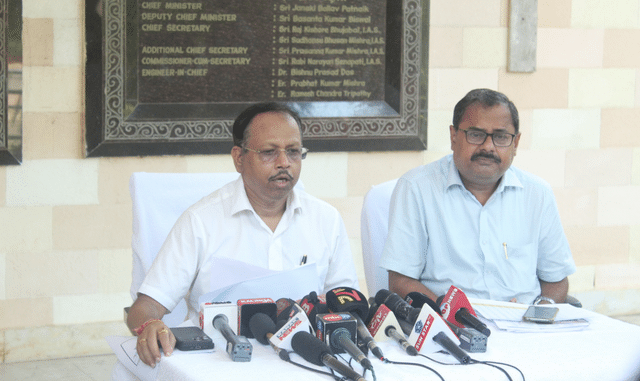 Odisha To No More Rely On ‘Inaccurate Data’ From Chhattisgarh, Jharkhand

Bhubaneswar: Inaccurate data on the release of flood water by the neighbouring states of Chhattisgarh and Jharkhand into the down streams is causing heavy floods in Odisha. Therefore, the state government would not rely on any further information from both the states, said Special Relief Commissioner Pradeep Kumar Jena on Sunday.

SRC PK Jena said, “Even if having dams at the upper catchments, both the neighbouring state governments are not sharing accurate information. Odisha is not getting the correct information about the rising water levels and the amount of water being discharged into the river. As a result, Odisha is facing a deluge. “Especially, Chhattisgarh government has adopted a lax policy in providing crucial information on the water levels,” he added.

Stating that Odisha will no longer depend on the data from both the states, SRC PK Jena said, “We will take data from the Central Water Commission and satellite imagery as both the neighbouring state governments are not providing accurate information which is unreliable.”

It is pertinent to mention here that a long-standing dispute prevails between Chhattisgarh and Odisha which is yet to be resolved by the Mahanadi Tribunal. Excess floodwater discharge by Chhattisgarh into Mahanadi is causing severe flooding in coastal Odisha while Jharkhand releasing water in Subarnarekha is putting northern Odisha at flood risk.

While Chhattisgarh government is reluctant to cooperate in flood mangement, now Jharkhand has also adopting the same nature. Water discharge from Galudihi Barrage in Jharkhand has triggered massive floods in North Odisha. By opening all the 16 gates of Galudihi Dam, Jharkhand has released about 6 lakh cusecs of water into the Subarnarekha river system. This excess water is causing heavy floods in Mayurbhanj and Balasore districts.