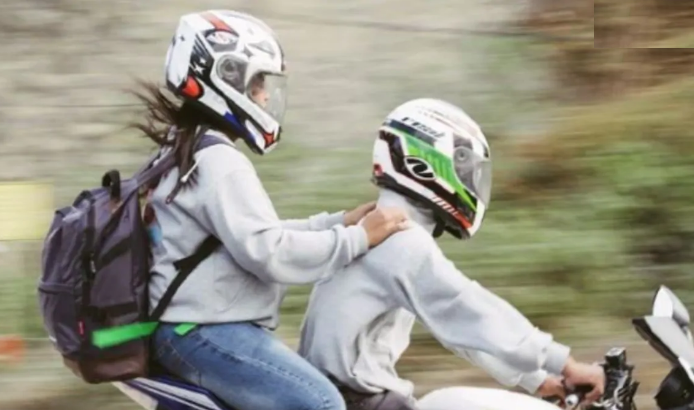 Bhubaneswar: Among the measures being taken in the city to reduce road accidents and fatalities in such accidents, the State Transport Authority (STA) on Saturday launched a drive against those riding pillion on two-wheelers.

The STA today announced that helmet has been made mandatory for the pillion rider alongside the rider. If both the rider and pillion rider do not wear helmets, their driving license will be suspended, tweeted the STA.

Diving licence will be suspended if both the ride and person sitting do not wear helmets. Please wear helmets for your safety. https://t.co/wxLcVVUAEr

The directive comes at a time when the road accidents involving the two-wheelers were rising at an alarming rate in the State.

It is pertinent to mention here that Odisha Transport Minister Padmanabha Behera had earlier announced that wearing helmets will be mandatory for pillion riders in the State from March 1.

The strict enforcement was supposed to be implemented after the completion of three-month relaxation period from March 2020. However, due to COVID-19 induced lockdown across the country, the enforcement activities under the MV Act took a break.

As per the provisions, helmets for pillion riders and seat belts for occupants in four-wheelers have been made mandatory in the State.