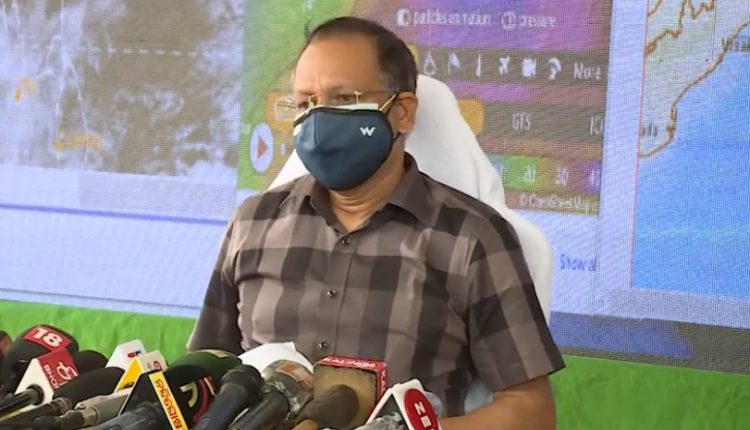 Odisha SRC Asks People Of Mayurbhanj To Be Extremely Cautious, Hints On Flash Flood In Budhabalang

Bhubaneswar: The Special Relief Commissioner (SRC) has warned the people of Mayurbhanj district to be extremely cautious for the next 12 hours as Cyclone Yaas is heading towards the interior parts of the state after making fall between Bhadrak and Balasore today morning.

Odisha SRC Pradeep Jena, at a presser, informed that the cyclone has crossed the eastern coast this afternoon and is heading towards the interior parts including Mayurbhanj. He said that the next 12 hours will be most crucial for the district.

“Several places in the district, especially Similipal and Karanjia received heavy downpour and the chances of flash flood in Budhabalang river is very likely,” Jena said.

Preliminary reports indicate that the less affected areas are Jagatsinghpur, Kendrapara and Jajpur districts. Work is underway to remove the road blockade in Bhadrak, the SRC said.

The SRC informed that taking note of the heavy rainfall and possible flash flood, Mayurbhanj district Collector has started evacuating people living in the low-lying areas to nearby cyclone shelters.

Further, SRC PK Jena informed that scores of trees have been uprooted in Balasore’s Nilagiri area as the wind speed clocked at around 130 – 140 kmph. However, the electrical infrastructure has remained largely unaffected, he said.

“Special teams from NDRF, ODRAF and Fire Services are continuing to remove trees and shrubs from the road. The possible flood-like situation is being investigated by the Water Resources Department,” the Odisha SRC said on the ongoing restoration works.

Villagers Get Mixed Shots Of COVID-19 Vaccine In Uttar Pradesh