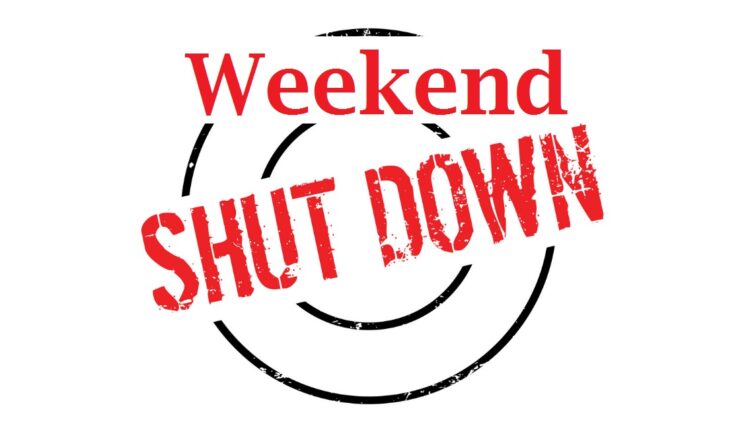 Bhubaneswar: The office of the Special Relief Commissioner (SRC) on Thursday cleared the air regarding the weekend shutdown that will be imposed in all urban areas of the State from Friday night onwards.

“In response to some media queries, it is hereby clarified that the Friday night curfew continues till 5 AM of Saturday and then weekend shutdown continues from Saturday till Monday morning in all urban areas of the state. No one should interpret in any other way. In effect, restrictions continue from Friday evening till Monday morning 5 AM,” the SRC said in a statement.

During the weekend shutdown, all activities shall be closed except the following:

. All medical establishments including hospitals, clinics, nursing homes, including medicine stores, movement of ambulance and all medical personnel.

. Movement of goods and goods carriers, whether loaded or unloaded.

. Movement of rail and air transport.

. Movement of Public Transport, private vehicles and taxis (including cabs by aggregators like Ola, Uber, etc.) to and from airports, railway station and bus terminals/ stands/stops, for facilitating movement of passengers by air, rail and road.

. Marriages and Funerals, with permission of local authority

. Home Delivery of food, groceries, vegetables and essential items by restaurants and aggregators such as Zomato, Swiggy, etc.

. Dhabas along National and State Highways/Major roads for takeaway only.

. Food & Grocery stores such as Reliance Fresh, Big Bazaar, Chilika Fresh and others for home delivery only.