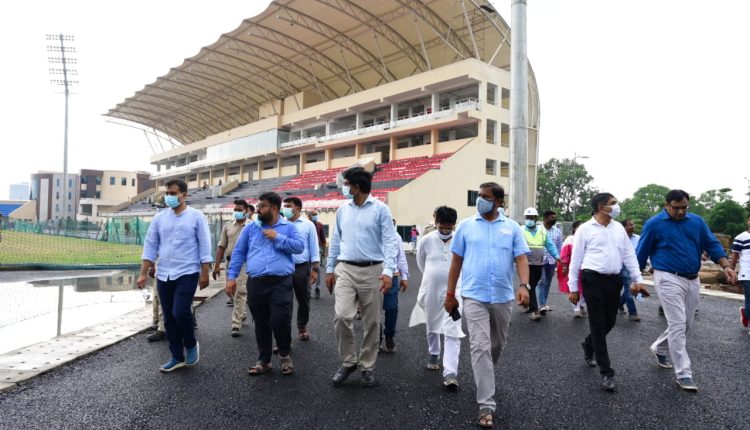 Rourkela: Under the direction of Hon’ble Chief Minister Naveen Patnaik, Minister of State for Electronics and Information and Technology, Sports and Youth Services and Home Department Tusharkanti Behera visited Rourkela and reviewed the progress of the under-construction Birsa Munda International Hockey Stadium. He informed the media that the construction of this international sports infrastructure will be completed soon. 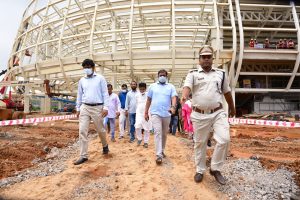 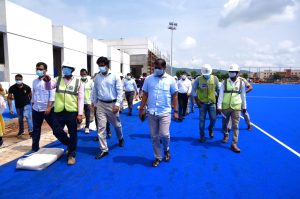 On this occasion, the Minister and the secretary-level team inspected the main stadium along with the entrance, practice ground, spectator gallery, accommodation for players and officials, changing rooms, state-of-the-art gym, toilets etc. 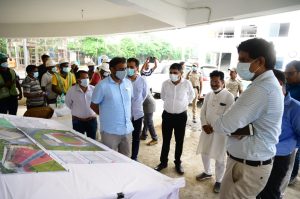 Apart from this, in view of the Hockey World Cup, various infrastructure development and beautification work is going on in the Steel City of Rourkela. After the review, the team held a meeting at Rourkela Airport and reviewed the various programs going on for the World Cup Hockey in Rourkela city. 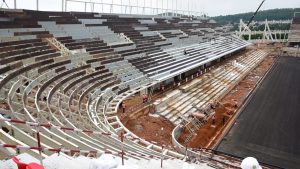 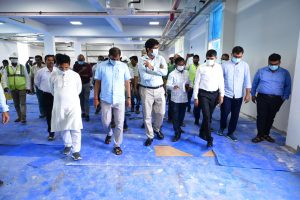 Men’s Hockey World Cup is going to be organised in Odisha in 2023. Odisha is hosting this international tournament for the second consecutive time. Various matches of this international sport will be played in the state-of-the-art Birsa Munda International Hockey Stadium under construction in Rourkela along with the iconic Kalinga Stadium in Bhubaneswar. More than 21,000 spectators can sit and enjoy the matches at the same time in this stadium.