Bhubaneswar: The Odisha Sports and Youth Services Department, in association with the Football Association of Odisha (FAO), has conducted tri-series friendlies between Odisha Senior Men’s Team, Sikkim Team and the U-19 National team (Indian Arrows) here at the Kalinga Stadium, as part of the preparatory camp ahead of the Santosh Trophy.

This series allowed coaches to experiment with team selection and tactics before the Santosh Trophy and give exposure and game practice to the young players of the home and visiting state. 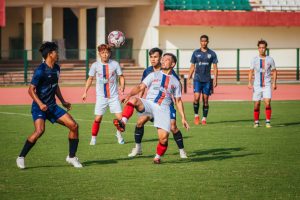 Indian Arrows bring with them a strong set of skills and experience that will benefit the players of both the State and test them against some tough opponents.

With the support of DSYS, a team from Sikkim  Football Team have been camping at the Kalinga Stadium.

Secretary Sports, Odisha, R.Vineel Krishna, interacted with the teams and their coaches prior to the match today and assured them of full support and encouraged them for their respective campaigns ahead. 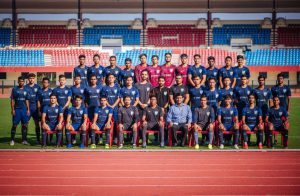 It is probably a first in the country where a state is conducting exhibition matches for the preparation of its team for the Santosh Trophy, a gesture lauded by FAO Hon. Secretary, Ashirbad Behera.

WTO needs to reassess way it has been conducting its affairs: Piyush Goyal

Retail Prices Of Pulses Stabilised In The Last 5 Months: Centre