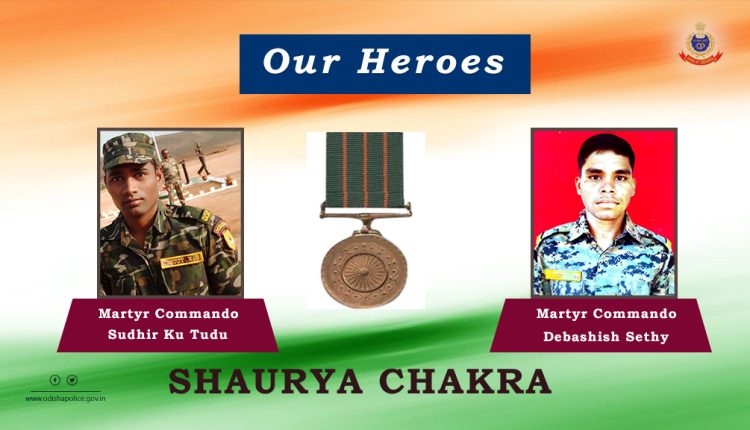 Both were conferred with the Shaurya Chakra posthumously for their exceptional bravery, valour, courage and sacrifice during the anti-Maoist operation in Kalahandi.

Martyrs Sethy and Tudu were killed in action during an anti-Maoist operation that led to the elimination of five suspected Maoists in the Kalahandi district in September last year.

Sethy (27) and Tudu (28) were both commandos of the Special Operation Group (SOG), a specialized anti-Maoist force of the Odisha Police. While Sethy hailed from the Angul district, Tudu was a native of the Mayurbhanj district.