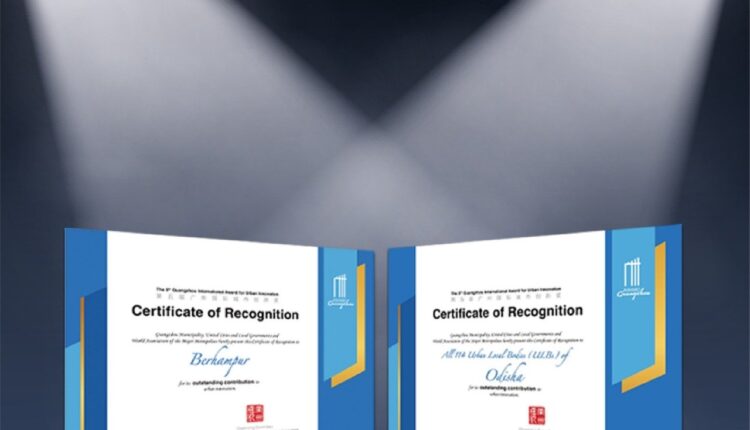 Bhubaneswar: Two Urban Initiatives of Odisha government are shortlisted in the top 15 of the prestigious 2020 Guangzhou International Award for Urban Innovation.

These are the Urban Wage Employment Initiative (UWEI) implemented in all 114 Urban Local Bodies (ULBs) and Faecal Sludge and Septage Management (FSSM) in Berhampur.

Sources informed that Odisha is the only state from India with two initiatives in the top 15 and one initiative in the next top 30.

The ‘Drink from Tap Mission’ in Puri, another initiative of the government, has also been selected in the top 30 list of deserving interventions.

The 2020 Guangzhou Award is given for innovation in improving social, economic and environmental sustainability in cities and regions across the world. It had received 273 initiatives submitted from 175 cities and from 60 countries.

Reports said the shortlisted cities will receive medals and certificates and all the 45 interventions will be featured in the special publication.