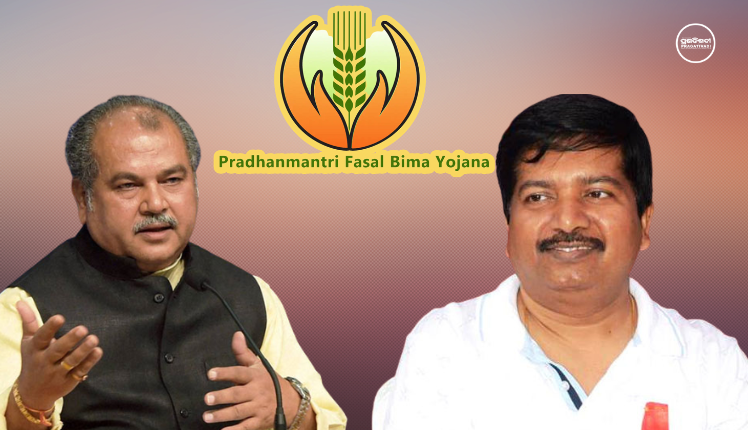 Odisha Seeks Centre’s Intervention For Settlement Of Claims Under PMFBY

Bhubaneswar: The State Government has sought the intervention of the Centre for the settlement of the claims under the Pradhan Mantri Fasal Bima Yojana (PMFBY) for Kharif 2021.

In a letter to Union Agriculture Minister Narendra Singh Tomar, Food Supplies and Consumer Welfare Minister Atanu Sabyasachi Nayak said that Odisha is continuing to implement the PMFBY since Kharif 2016 even though many of the neighbouring states are opting out of the scheme.

In order to augment the scheme implementation process, the State Government on their part have taken the following initiatives.

The Kharif season of 2021 was fraught by many natural calamities affecting many crops, especially Paddy which is the major crop of the State and accounts for nearly 98% of the area insured. The estimated claim for the said season is about Rs. 1364 Crore out of which claims to the tune of Rs. 748 Crore have been settled so far, said Nayak.

It has come to the notice of the State Government that in many cases the notified Insurance Companies have raised objections regarding the conduct of CCE and held up the claims. The objections raised by the Insurance Companies have been duly complied yet the claims have not been settled which has led to farmers’ unrest in many places and likely to affect the enrolment process for Kharif 22 which is underway, he added.

Stating that the Government of India has already been moved for appropriate intervention in the matter, Nayak requested Tomar for his personal attention into the matter and issue of suitable directive by the Department of Agriculture & FW, Govt. Of India to the Insurance Companies for settlement of claims at the earliest for safeguarding the interest of the farmers.