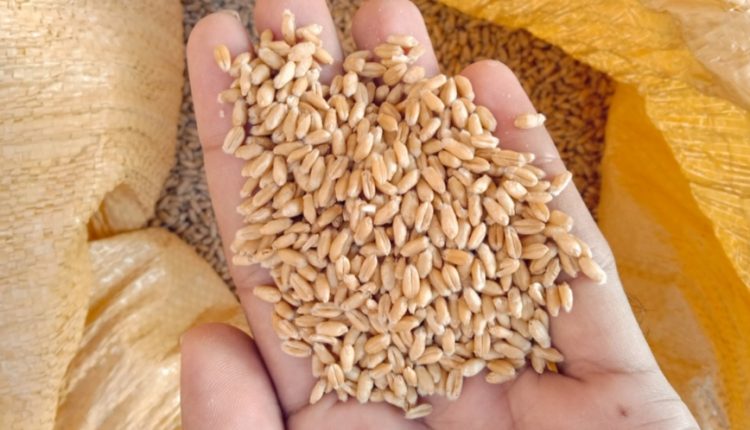 Bhubaneswar: Odisha has ranked number 1 in the State Ranking Index for the National Food Security Act (NFSA) under general category states as per a report brought out by the Department of Food and Public Distribution, Ministry of Consumer Affairs, Food & Public Distribution (MoCAF&PD), Government of India (Gol) in technical collaboration with MicroSave Consulting (MSC).

In India, the Targeted Public Distribution System (TPDS) has a long history of delivering highly subsidized foodgrains across the country. It has continued to evolve over the years. Now the provisions of the National Food Security Act (NFSA), enacted in 2013, govern the TPDS. Ever since the enactment of NFSA, food security in India has advanced from a welfare-based to a rights-based approach.

This “State ranking Index for NFSA” attempts to document the status and progress of implementation of NFSA and various reform initiatives across the country, post consultation with states. It highlights the best practices undertaken in frontrunner states and union territories to create a cross-learning environment and scale-up reform measures by all states and union territories.

Overall, Odisha, Uttar Pradesh and AndhraPradesh scored the highest and secured the top three positions in the Index. The states performed very well on all the parameters and indicators governing the implementation of NFSA through TPDS.

Among the special category states (the North Eastern states, Himalayan states, and the Island states), Tripura, Himachal pradesh and Sikkim obtained the top positions. Despite the logistical limitations in these areas, they displayed a high degree of accomplishment in competing with the general category states as well. 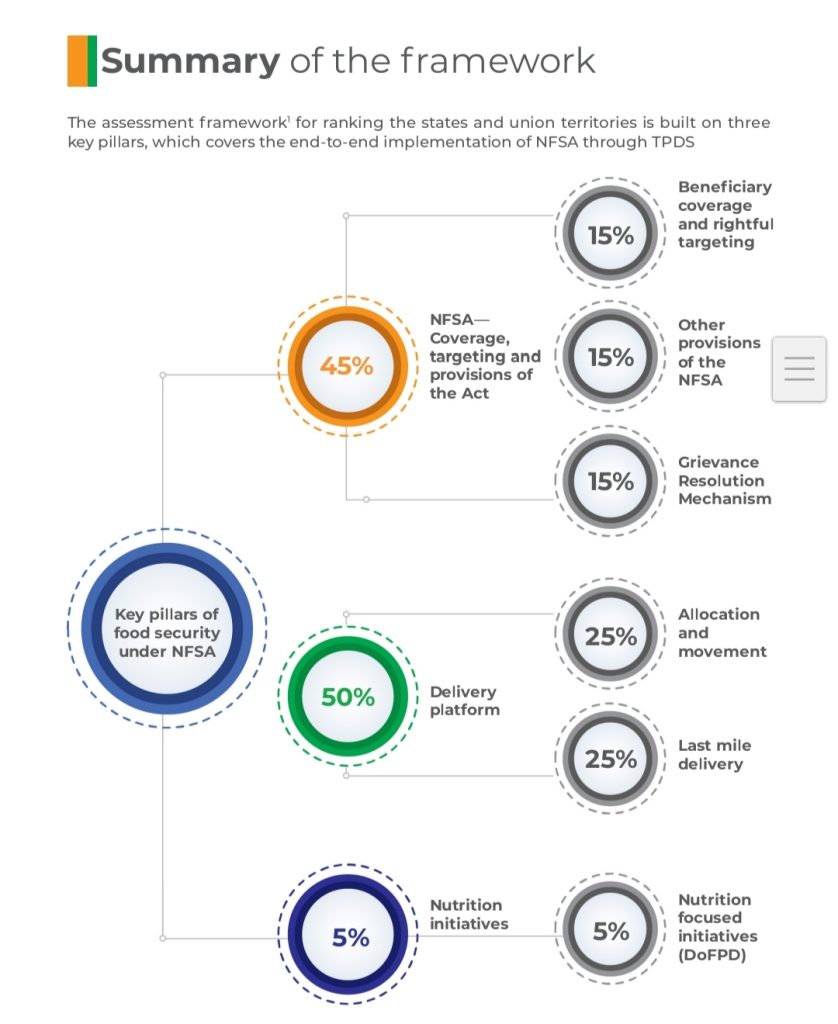 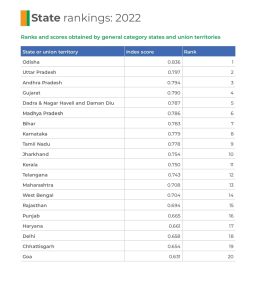 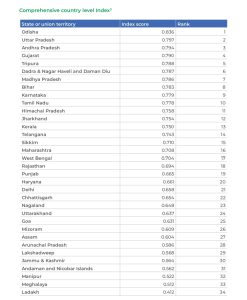 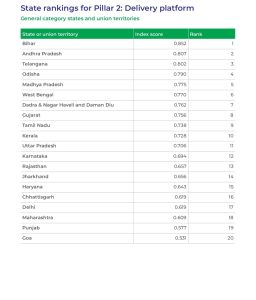 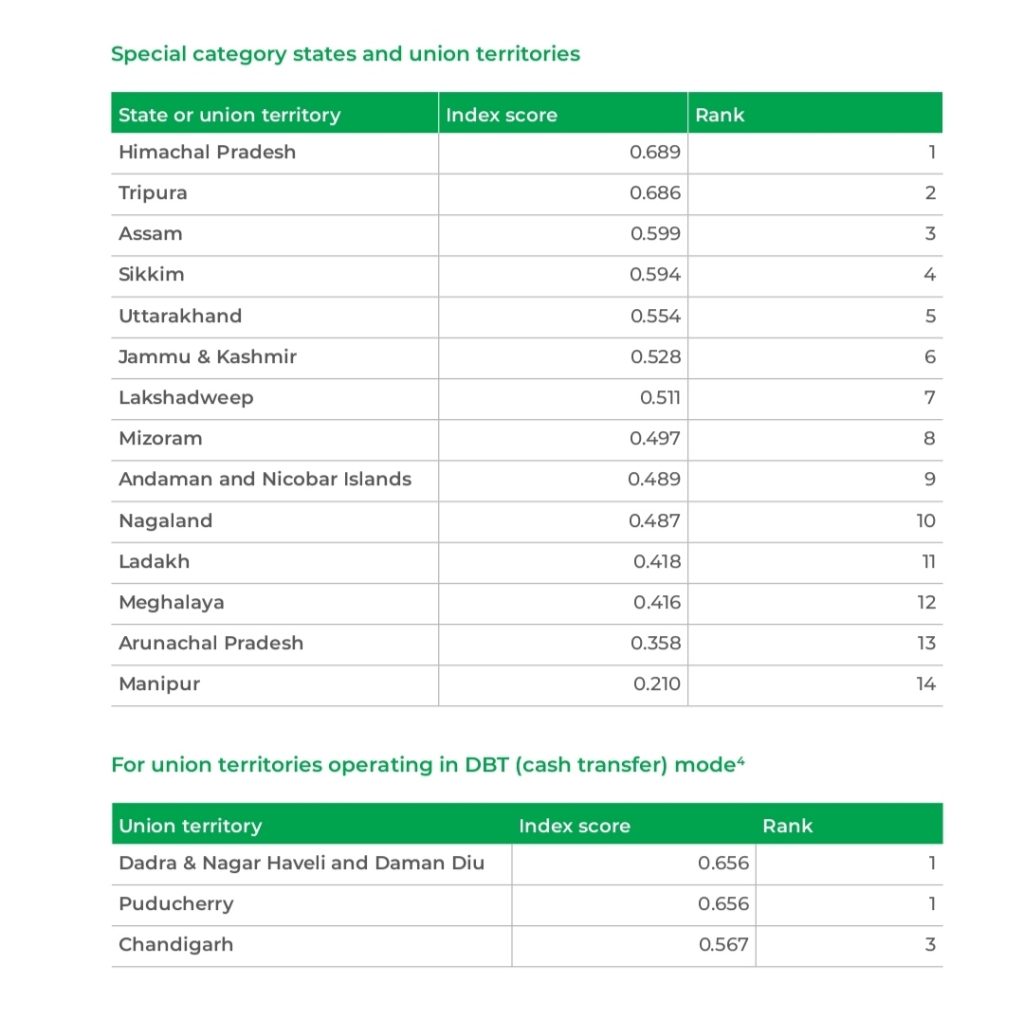 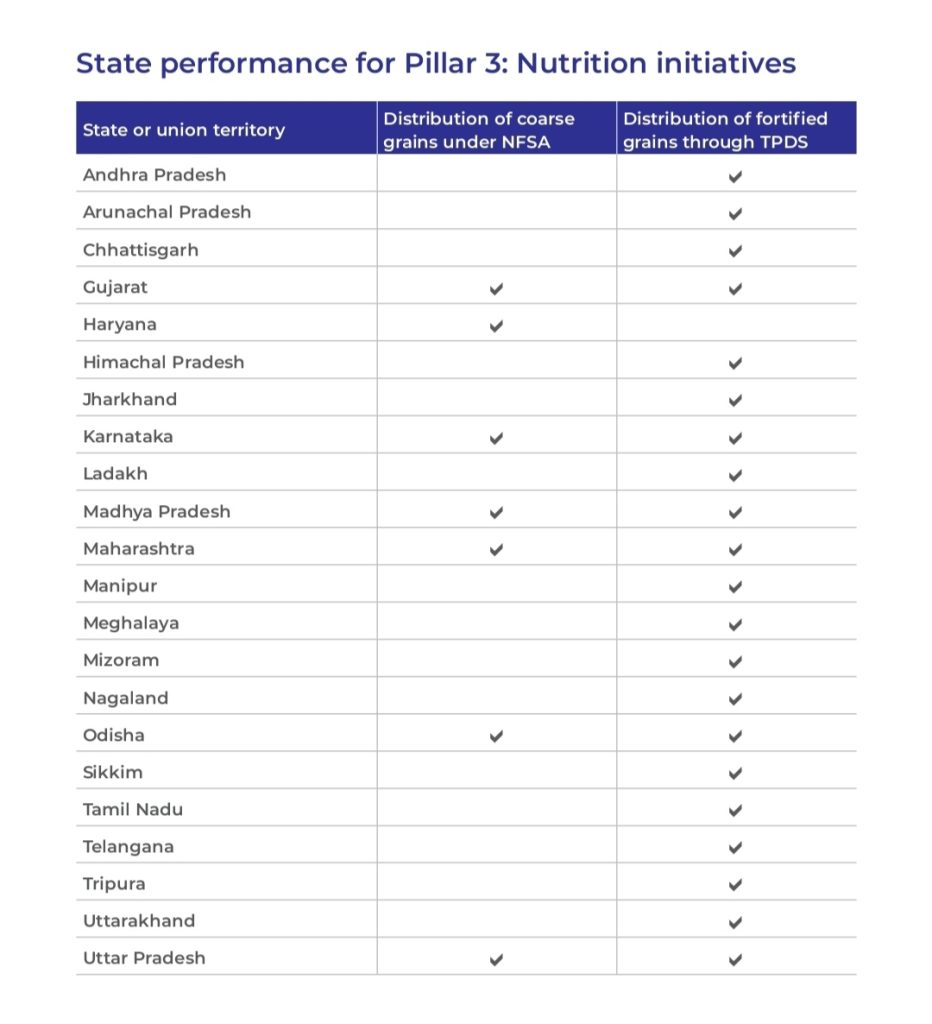