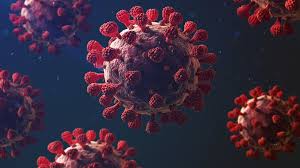 Bhubaneswar: Odisha on Sunday reported two more Covid fatalities that were registered in the last 24 hours. With this, the death toll rose to 1,944.

The two fatalities were reported from Bargarh and Sundargarh, said the State Health and Family Welfare (H&FW) Department.

Regret to inform the demise of two numbers of Covid positive patients while under treatment in hospitals.

2.A 32 years old female of Sundargarh district who was also suffering from obstructive airway disease with Hypothyroidsim.